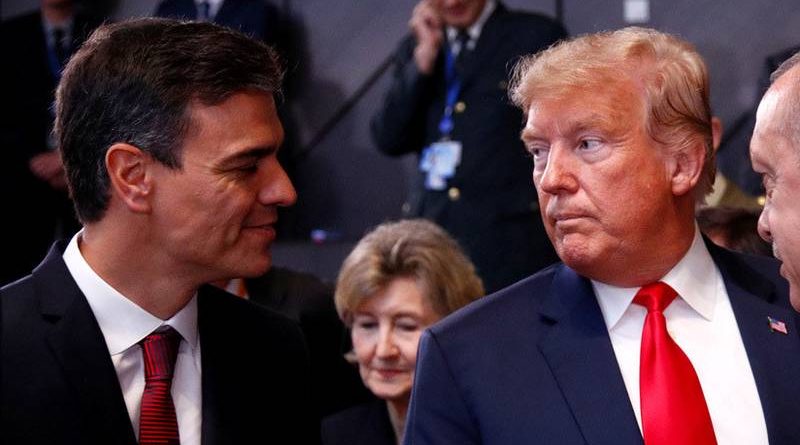 The US government studies the implementation of economic sanctions to Spain as a result of an alleged financial support to Maduro’s government in Venezuela, Bloomberg reported, citing sources from the US Treasury. According to the sources, if the sanctions were applied, it would be after the November 10 elections. It would be the first time that the United States applies sanctions on a country belonging to NATO which, in addition, has soldiers deployed in military bases.

According to the information obtained by Bloomberg, the Central Bank of Spain has remained as an intermediary for Caracas. Likewise, supporters of the sanctions argue that the Sanchez government prevented the European Union from implementing tougher measures against Nicolás Maduro.

In addition, it seems that Venezuelan Central Bank officials have been advising contractors that going through the Bank of Spain is an option to make and receive payments outside the country, while warning that the funds may take longer to settle due to greater scrutiny.

On the other hand, the detractors of such measures argue that Spain recognized the self-proclaimed interim president of Venezuela, Juan Guaidó, as requested, and granted asylum to the opposition leader Leopoldo López in the residence of the Spanish ambassador in Caracas.

The provisions that are threatened are intended to promote a change in Spanish politics and force Venezuela to depend solely on Russia and China.

The Bank of Spain already denied in September “any irregularity” in the face of similar accusations, when Elliott Abrams, the United States special representative for Venezuela, on his last visit to Madrid did not mention sanctions, although he did say that the government needs to do more about the Venezuelan money that enters Spain and pressured Madrid to freeze Venezuelan assets.

Featured image: The Spanish president, Pedro Sánchez, and his American counterpart, Donald Trump, at a NATO meeting in Brussels. July 11, 2018.