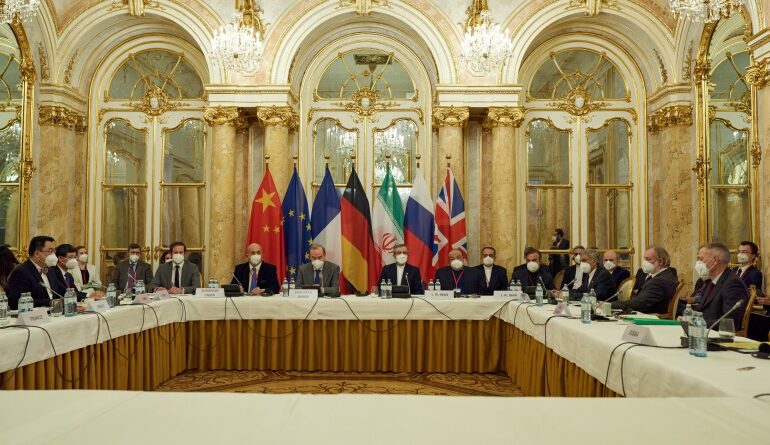 Partial removal of sanctions by the US is not enough to facilitate the revival of the Iranian economy, hurt by the Trump administration’s “maximum pressure” policies, say Iran affairs experts, adding that under the new government Tehran is set to protect the country’s national interests more determinedly.

The United States signalled on December 14 that it is fully prepared to lift those sanctions against Iran that are inconsistent with Washington commitments under the 2015 Joint Comprehensive Plan of Action (JCPOA). That “would allow Iran to receive the economic benefits of the deal,” remarked Linda Thomas-Greenfield, US ambassador to the United Nations, during a UN Security meeting.

For his part Iran’s Permanent Representative to the United Nations Majid Takht Ravanchi stressed that Washington should lift all sanctions slapped on Tehran and provide guarantees that it would not withdraw from the accords again and it would not abuse the procedures set out in the JCPOA and Resolution 2231.

All anti-Iran sanctions have to be lifted
“The United States is being utterly dishonest,” says Seyed Mohammad Marandi, a professor at Tehran University, who was part of the Iranian delegation that helped to negotiate the 2015 nuclear deal. “All the sanctions are inconsistent with the 2015 nuclear deal. The maximum pressure campaign was targeting innocent women and children. It was an act of war and the objective was to force Iran to accept changes to the nuclear deal.”

The Trump administration unilaterally withdrew from the JCPOA in May 2018 despite Tehran observing all the provisions of the nuclear accords. Subsequently, the US slapped sanctions on major spheres of the Iranian economy, including the country’s petroleum industry, under the so-called “maximum pressure” campaign.

“Through the maximum pressure campaign, the United States imposed sanctions under all sorts of different names: missile defence, terrorism, Iran’s regional allies, the nuclear programme, human rights and everything except global warming was included, when all of these sanctions had one objective, and that was to force Iran to appease the United States and the Europeans,” Marandi emphasises.

Although the White House changed the rhetoric, in reality, it is trying to cheat Iran and violate its commitments by lifting only those sanctions that were labelled under the nuclear programme, according to the academic.

Moreover, “the US has a range of sanctions on Iran and President Biden has not removed any since coming to office,” notes Professor Shahram Akbarzadeh from Deakin University in Melbourne, Australia.

Even though the partial removal of sanctions sounds like a positive sign, it will not make a big difference to Iran’s access to the global economy, according to Akbarzadeh. He explains that “many international corporations will continue to be reluctant to invest in Iran because of the extreme uncertainty surrounding the future of talks and the prospects of Iran’s entry into the international market.”

“The Iranian leadership is unlikely to see partial sanctions removal as enough to assuage their concerns,” Akbarzadeh believes. “It insists on an unconditional return to that deal, and Washington has been reluctant to ‘give-in’ to that demand.”

According to the professor, this dynamic may hinder the progress of the Vienna talks over the revival of the JCPOA.

US is Not in Strong Position in Vienna Talks
While the US is not present at the table in Vienna, American diplomats are taking part in indirect talks with their Iranian counterparts. Washington does not have an upper hand in the ongoing talks, according to Seyed Mohammad Marandi. “The Iranians see that the United States has huge problems at home,” he notes. “Political, social and economic problems are causing major issues inside the United States. The United States is increasingly losing ground to a rising China and the re-emerging Russia, and Iran and its allies across the region are growing stronger and American allies are growing weaker.”

In response to Trump’s unilateral withdrawal from the nuclear deal, the Islamic Republic started to gradually loosen the JCPOA restrictions on uranium enrichment starting from July 2019. “The Iranian peaceful nuclear programme is developing and it’s a leverage [in the talks],” according to the professor.

It’s the Americans who need the deal right now and the Iranians know that, Marandi notes, adding that Tehran will see “if the Americans will become reasonable enough to do what is good for themselves.”

At the same time, Washington and its European allies have apparently overlooked the damage their policies inflicted on the Iranian economy and the country’s population, the professor highlights, adding that “the issue of compensation is always on the table.”

The new Iranian government led by President Ebrahim Raisi has adopted a more robust approach in protecting Iranian national interests, according to Marandi. Even though the new Iranian government is critical of the JCPOA deal, it will not tear it apart, unlike the US government, but will observe its commitments. At the same time, Tehran will demand “that what has been signed, the JCPOA, be fully respected by the United States and the Europeans,” the professor underscored.

The Vienna negotiations between Iran and other signatories to the 2015 deal, including the UK, France, Germany, Russia, and China resumed in December after a five-month hiatus caused by the election of a new government in Tehran.

At the beginning of this month, the White House voiced its dissatisfaction with proposals by the new Iranian government. According to European diplomats, Tehran has demanded changes to a set of compromises agreed upon a few months ago with the previous Iranian administration. The E3 group of Britain, France and Germany went so far as to accuse the Iranian leadership of “walking back almost all of the difficult compromises crafted after many months of hard work.”

Iran’s chief negotiator Ali Bagheri Kani tweeted on 14 December that the E3 and Washington “persist in their blame game habit, instead of real diplomacy”: “We proposed our ideas early, and worked constructively and flexibly to narrow gaps; diplomacy is a two-way street. If there’s a real will to remedy the culprit’s wrongdoing, the way for a quick good deal will be paved.”

Some actors persist in their blame game habit, instead of real diplomacy.
We proposed our ideas early, & worked constructively & flexibly to narrow gaps; diplomacy is a 2 way street. If there's real will to remedy the culprit's wrongdoing, way for quick good deal will be paved. https://t.co/I2CO1bQxO0

For his part, Iran’s Permanent Representative to the UN Majid Takht Ravanchi told a UN Security Council meeting on Tuesday that Iran does not impose any preconditions or new conditions in the negotiations to revive the JCPOA and only wishes to see the restoration of the initial terms of the nuclear accord.

“We call for the full, timely, unconditional and verifiable implementation of the JCPOA. No more, no less,” Ravanchi underscored.

Featured image: At the Vienna Talks, Iran wants all US sanctions to be lifted for proper implementation of the JCPOA. Photo: Al Jazeera