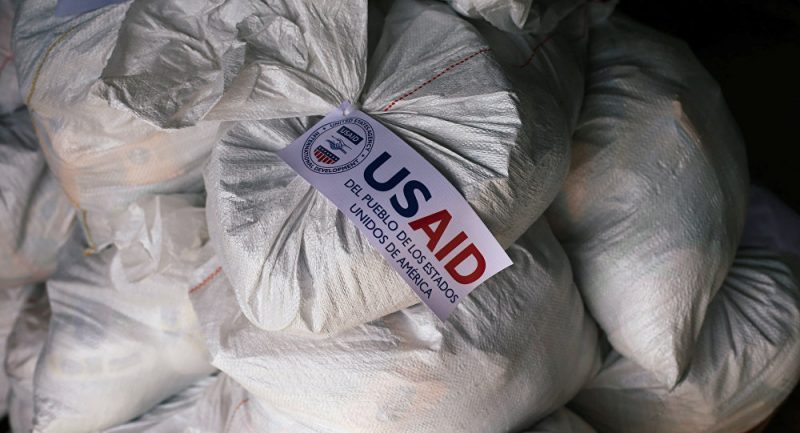 Officials from the State Department and US Agency for International Development (USAID) will be aboard a military aircraft that the United States is sending to the Venezuelan border on Saturday to deliver aid to the crisis-torn country, the department’s Deputy Spokesperson Robert Palladino said.

Palladino said the Department would be represented by Principal Deputy Assistant Secretary of State for Western Hemisphere Affairs Julie Chung.

In Cucuta, the US officials will be joined by their Colombian counterparts, as well as representatives of Venezuelan opposition leader Juan Guaido to welcome the arrival of the aid, Palladino said. He added that the supplies would “augment aid already pre-positioned” at Guaido’s international humanitarian assistance center.

“This assistance will address the greatest needs for the most vulnerable populations in Venezuela”, Palladino said.

The announcement comes on the heels of a visit by Colombian President Ivan Duque to the United States.
Washington and Bogota are determined to work together to resolve the ongoing political crisis in Venezuela and provide humanitarian aid to the Latin American country, Donald Trump and Ivan Duque Marquez said in a joint statement after a bilateral meeting at the White House on Thursday. At the meeting, the presidents promised to send a “tremendous” amount of humanitarian aid to Venezuela.

Meanwhile, the Pentagon spokesperson told Sputnik on Friday the DoD would soon reveal details on new humanitarian assistance to Venezuela and US military logistic support for its delivery to the crisis-torn country.

The issue of humanitarian aid to Venezuela has reportedly become a matter of controversy in recent days amid concerns that foreign countries could use such deliveries as a cover to achieve political or military objectives.

On Tuesday, Guaido told his supporters that US humanitarian aid would be delivered on 23 February. The Venezuelan government headed by President Nicolas Maduro so far has refused to accept aid that the United States has delivered to neighboring Colombia, blasting it as a ploy to topple his government.
Guaido’s Envoy Says Opposition Needs No Arms, Military Involvement in Venezuela
Christoph Harnisch, the head of the International Committee of the Red Cross (ICRC) in Columbia, has said his organization would not assist in delivering the goods to Venezuela because the ICRC does not consider the US assistance to be humanitarian aid. Earlier this month, the ICRC warned US officials against politicizing humanitarian assistance and delivering aid without the consent of local authorities.
Tensions in Venezuela escalated on 23 January, when Guaido declared himself interim president, disputing Maduro’s re-election. Guaido was almost immediately recognized by the United States and its allies. Russia, China, Mexico, among other nations, voiced support for constitutionally elected Maduro, who, in turn, accused Washington of orchestrating a coup in the country.

UN spokesman Stephen Dujarric warned last week against politicizing humanitarian aid, saying any actions to assist the people of Venezuela must be independent of political, military or other objectives.