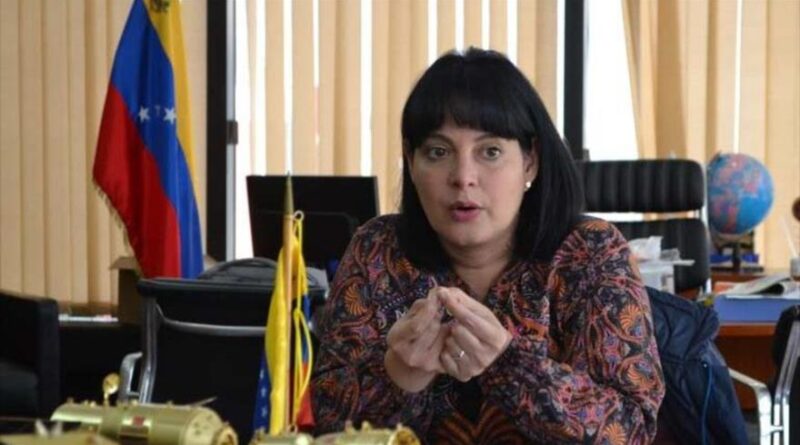 In a statement to the United Nations, Venezuela condemned the damages caused to the country by the United States’ coercive measures.

“It is essential for Venezuela to denounce the coercive, unilateral measures exercised by the United States Government and their effects on the social, economic, technical and scientific development of Venezuelans,” stated Venezuelan Minister for Science and Technology, Gabriela Jiménez, this Thursday during a virtual meeting with the UN Commission for Social Development on the Socially Just Transition to Sustainable Development.

According to Jiménez, these measures against the South American country have hindered access to the “market for medicines, treatments, vaccines and food.” In addition, they have made it difficult to guarantee “goods and services” for the well being of Venezuelan citizens.

Along these same lines, the Venezuelan official thanked Iran, Russia, Cuba and Turkey for the support they’ve offered to the Bolivarian Republic during the COVID-19 pandemic, faced with blockade and sanctions.

With respect to the policies of the administration of President Nicolás Maduro, in a susceptible position due to COVID-19, the minister stressed that the Government managed to develop “more than seven laboratories nationwide” and expand the country’s internet “by 62 percent” to generate greater inclusion for the Venezuelan people.

It should be noted that on February 3, the vice president of Venezuela, Delcy Rodríguez, announced the development of a “powerful” domestically produced drug, Carvativir, for treatment of the novel coronavirus, as reported on January 26 by President Maduro.

Furthermore, Venezuela was the first country in the Latin American region to participate in the trials of the Russian Sputnik V vaccine, at a time when US embargoes have hindered the measures necessary to combat the health crisis in the Bolivarian country.

Featured image: Minister of Science and Technology of Venezuela, Gabriela Jiménez, in an interview with the local radio station Unión Radio, July 7, 2020.