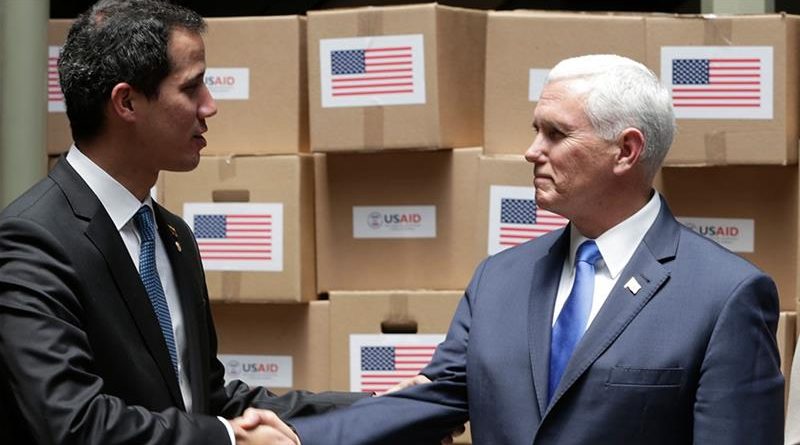 The US sanctions against Venezuela, applied with more strength since August 2017, are the cause of the “death of tens of thousands of people and are worsening the humanitarian crisis” in the South American country, reveals a report by the Center for Economic and Political Research ( CEPR).

The study, made by economists Mark Weisbrot and Jeffrey Sachs, estimates that actions taken by the Donald Trump administration caused the death of around 40,000 people between 2017 and 2018.

“Sanctions have reduced the availability of food and medicine, and diseases and mortality have increased,” the document said.

Among other measures, the sanctions contributed to a sharp decrease in oil production, which caused great damage to the civilian population of the South American country, whose income depends mainly on the export of crude oil.

The most recent and cruel sanctions applied since August 2017 included a ban on doing business with the new debt issued by Caracas or shares of the state oil company Petróleos de Venezuela SA (PDVSA), as well as some existing bonds belonging to the government’s public sector of the Latin American country.

The report points out that the new measures, which have been increased since last January, after the self-proclamation of Juan Guaidó as “president in charge” of Venezuela, and as a measure of pressure looking to oust the constitutional president, Nicolás Maduro, “will be almost surely cause tens of thousands of more avoidable deaths.”

RELATED CONTENT: Pasqualina Curcio: “Imperialism Does Not Understand the Resistance of the Venezuelan People” (Interview)

Since January, the post says, oil production has declined due to sanctions, “this will greatly accelerate the humanitarian crisis.”

In the last three months, the US has issued sanctions against Caracas, among others, they froze some 7,000 million dollars in assets to the state oil company Petróleos de Venezuela SA (PDVSA); in addition, they gave control to Guaidó of the assets of the Venezuelan Government in the banks in US territory and sanctioned the Economic and Social Development Bank (Bandes) of Venezuela, and its subsidiaries in Uruguay and Bolivia.

Sachs believes that the measures taken by the US are part of “an unsuccessful, ruthless, illegal and failed policy that causes serious damage to the Venezuelan people.”

For his part, Weisbrot believes that “this is illegal under US and international law, and the treaties that the US has signed,” which is why he invites Congress to stop such sanctions.

New Report: US #sanctions on #Venezuela are responsible for tens of thousands of deaths. “The sanctions are depriving Venezuelans of lifesaving medicines, medical equipment, food, and other essential imports,” said @MarkWeisbrot.https://t.co/uLpe6CJzqj pic.twitter.com/aIFN7RYQ6M