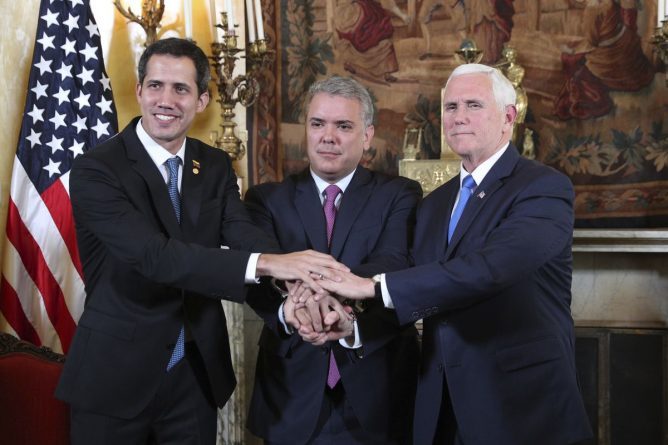 What the US has not achieved through attacking the economy, psychological or diplomatic attacks, it now seeks to achieve with military action: Pérez Pirela

The philosopher, communicator and political analyst, Miguel Ángel Pérez Pirela, analyzed during the broadcast of his show “DesdeDondeSea”, which is broadcast every Thursday through social networks, the latest events occurring both in the country and in the world.

He referred to the strategies, of a military nature, implemented by the US regime against the country and the Venezuelan people, in the face of constant failures in recent years.

“What it has not achieved with the policy of financial attack, psychological, diplomatic, now it wants to achieve through military actions,” he said.

He emphasized the meeting of the military high command with the Brazil, Colombia, Peru and Ecuador, which took place between the 22nd and 24th of last April and analyzed the possibility of creating a parallel State that allows the overthrow of the Bolivarian Revolution.

He indicated that from the northern nation and with the support of satellite nations, it intends to use as an excuse an alleged fight against drugs and terrorism to achieve invasion of Venezuela, as was done in Libya, Syria and Iraq.

In this sense, he stressed that when the strategy of the deputy Juan Guaidó proclaiming himself president of Venezuela failed, the imperial regime is considering the military option to achieve its objective.

He also referred to the response of Gustavo Tarre Briceño to an American journalist, with whom I confirmed that, as reported by LaIguana.TV at the time, he was at the meeting that took place recently in the United States and in which he planned a military aggression against the nation.

On the other hand, Pérez Pirela, spoke about the movements that have taken place in the internal politics of the United States and that, in his opinion, help to understand what may happen in Venezuela.

“They do not have candles in this funeral, any kind of singing voice,” he said, referring to leaders of the Venezuelan right like Manuel Rosales, Henry Ramos Allup,, among others.

He also analyzed what is happening in Colombia, a country whose government is concerned about the situation in Venezuela despite facing a national strike due to the mismanagement of President Iván Duque and the violence that has been unleashed against social leaders.