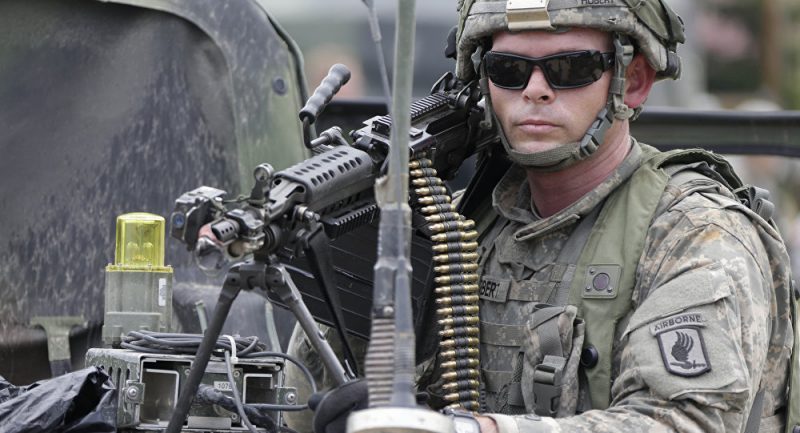 Guatemalan Defense Minister Luis Miguel Ralda Moreno has confirmed that US troops have arrived in the country as part of a new mission to boost border security amid the irregular migration crisis.

“The troops are already here, as it has happened in the last 15 years under such programmes as Strong Roads. What is happening now is part of [a military humanitarian civic assistance] program dubbed Beyond the Horizon,” the minister said on Monday, as quoted by the Soy 502 news portal.

RELATED CONTENT: US Troops Deployed in Guatemala to ‘Halt Migration’

According to the minister, the US troops, in particular, have been deployed to the border department of Huehuetenango, through which a significant flow of Central American migrants come to Mexico in the hopes of crossing the border with the United States.

The news comes after the two countries signed an agreement last week that will expand their collaboration in the fight against human trafficking and illegal migration. The sides agreed to increase security on the Guatemalan border to stem the flow of irregular migration.

Caravans of migrants from Central American countries seeking asylum began to move toward the United States through Mexico last fall. Trump called the surge of arrivals a crisis and declared a national emergency in February to secure funds to build a wall on the border with Mexico.

In a bid to press its southern neighbour to alleviate the immigration crisis, the United States is set to unveil extra tariffs on imports from Mexico starting from 10 June. Mexico, however, warns that the tariff hike will only aggravate the crisis and take a toll on the economy, and suggests first addressing the crisis’ root causes.