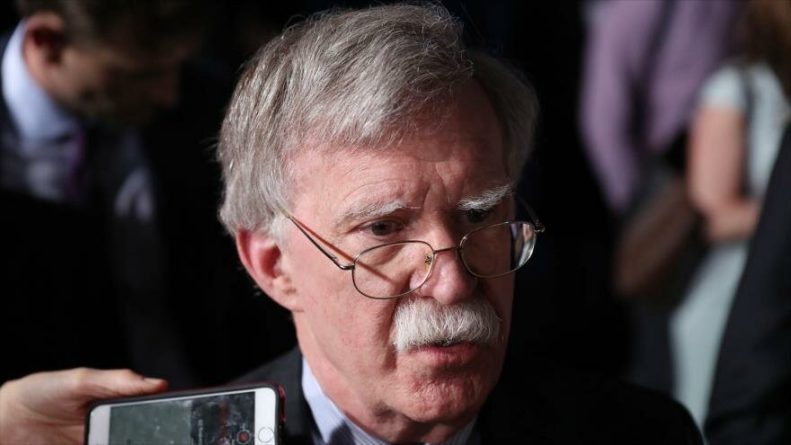 The US National Security Advisor, John Bolton, considers the presence of the Russian military in Venezuela a direct threat to peace.

“We strongly warn external actors of the Western Hemisphere against the deployment […] we will consider such provocative actions as a direct threat to peace,” Bolton said in a statement issued Friday.

A chavista activist consulted by OT said: “Maybe they think we are going to keep waiting for their invasion, sleeping or crying. We are ready to die defending our sovereignty and we are going to use the alliances we have with Russia, China, Turkey, South Africa, Cuba, Iran and any country with the same anti-imperialist spirit we have”.

In the document, the US presidential adviser has accused Venezuelan President Nicolás Maduro of using military support to “continue repressing the people of Venezuela, perpetuating the economic crisis […] and endangering the regional stability “. He insists that the chavista president of Venezuela uses the Russian military personnel and equipment “in his attempt to remain in power.”

He has also sent a direct message to the Venezuelan Armed Forces (FANB), so that they can drop the Maduro Government. “Comply with your constitutional obligation to protect Venezuelan citizens,” he has urged.

Bolton’s statement follows US President Donald Trump, after meeting Wednesday with the wife of Venezuelan opposition leader Juan Guaidó, pleaded for the departure of Russian forces from Venezuela, repeating again that all the options are on the table to get Russia out of Venezuela.

In response, Moscow has advised Trump to keep his promise to withdraw US troops from Syria, “before suggesting someone leave Venezuela.”

The Russian Government sent two military aircraft to Venezuela to fulfill technical-military contracts between both countries, but the US accuses Moscow of aggravating tensions in Venezuela with its military presence and warns it that Washington will not remain “idle.”

However, the Government of the Bolivarian country has recalled that the presence of Russian troops has the approval of the Administration of Caracas and is under the framework of their military agreements.