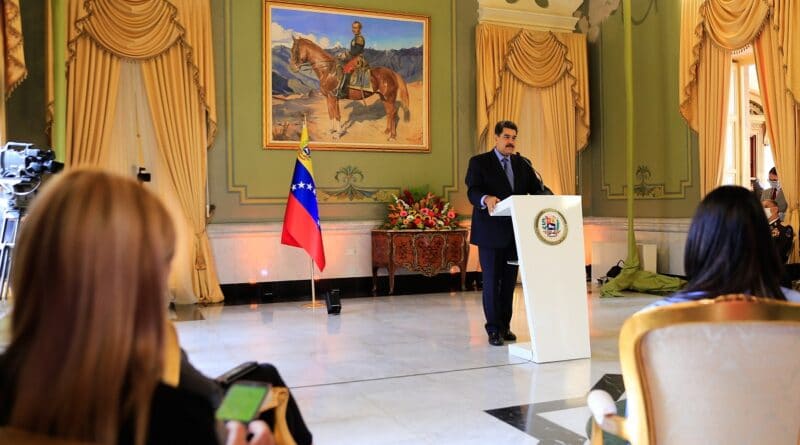 The president of the Bolivarian Republic of Venezuela, Nicolás Maduro, appointed Alexander Yánez as the country’s new ambassador to Bolivia. Yánez had until now served as Vice Minister of Foreign Affairs for Latin America. Maduro requested a corresponding placement on behalf of the new democratic government of Luis Arce.

The Venezuelan head of state stressed that, through the Venezuelan delegation led by Foreign Minister Jorge Arreaza, he communicated the request to resume relations with Bolivia. Relations had been broken by the de facto government that—with help from the US government and the Organization of American States (OAS), led by Luis Almagro—promoted the forced departure of Evo Morales in 2019.

“I sent Foreign Minister Jorge Arreaza as head of the Venezuelan presidential delegation, I sent him with a letter requesting the placement of a new ambassador of the Bolivarian Republic, the current Vice Foreign Minister of Venezuela, Alexander Yánez, as the new Venezuelan ambassador in the Plurinational State of Bolivia,” said the president.

“Alexander Yánez will recover the Venezuelan embassy in La Paz,” said President Maduro, in reference to the country’s diplomatic headquarters, which had been attacked by violent groups protected by the de facto government led by Jeanine Áñez.

Yánez has held positions of high diplomatic responsibility in Belize and Peru, as well as being Chief of Staff of the Ministry of Foreign Affairs, and currently serves as Vice Minister for Latin America and the Caribbean. Now he takes on this important strategic and diplomatic commitment with Bolivia and its new government.