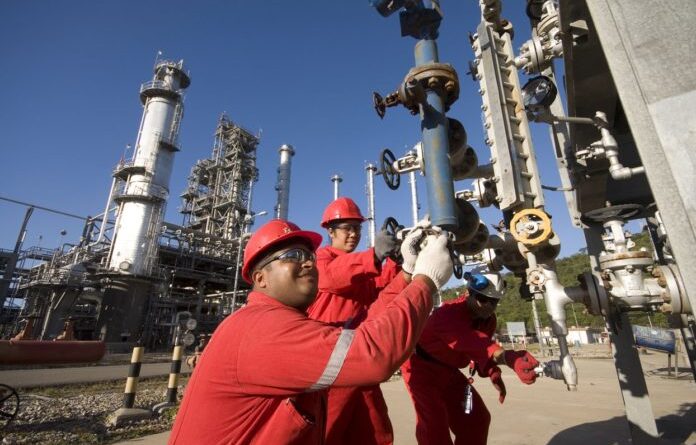 While President Nicolás Maduro assures that 2022 will be the year for the definitive recovery of Venezuela, reports from the Organization of Petroleum Exporting Countries (OPEC) point in the same direction, showing an increase in oil production despite the illegal US and European economic blockade.

In this way, it is evident how the South American nation has challenged the illegal coercive measures imposed by the United States government and its European lackeys, an economic attack that initially led to a 99% drop in Venezuela’s foreign revenue, completely disrupting Venezuela’s economy.

This was highlighted by the international media and news agencies, citing the OPEC report according to which Venezuelan oil production for November 2021 stood at around 824,000 barrels of crude per day, well above the 2020 average of 569,000 barrels per day.

In that sense, through a post on his Twitter account, Joshua Goodman, a controversial correspondent for the Associated Press (AP) based in the United States, wrote that “Venezuela’s oil production continues to increase amid US sanctions, according to a new OPEC report.”

Venezuela oil production keeps rising amid US sanctions, according to new OPEC report.

The harm of the blockade
In recent weeks, the Venezuelan head of state, Nicolás Maduro, has highlighted the momentum registered by the Venezuelan economy.

The Venezuelan oil industry is experiencing a growth stage, after the hard blow dealt by the unilateral coercive measures imposed by the United States government, with which Petróleos de Venezuela (PDVSA) was left without access to inputs and components necessary to continue its regular operations.

Venezuela lost its main source of foreign currency, after the White House began a persecution against those who established business with Venezuela. However, as a result a new stage was opened that has allowed Venezuela to embark, slowly but surely, on a new economic model distinct from the oil rentierism that has prevailed for more than a century.

For this reason, President Maduro frequently reiterates that the Venezuelan oil production crisis was not due to natural economic factors, but rather due to pressure from Washington on PDVSA customers and suppliers, disrupting all of its operations.

Featured image: Venezuelan oil workers in a refinery, working to generate the revenue much needed by millions of Venezuelans affected by the illegal US and European blockade. File photo.