President Nicolás Maduro visits the state of Aragua and talks with producers from the area. File photo courtesy of Presidential Press.

On Thursday, August 11, the president of Venezuela, Nicolás Maduro, visited Aragua state where he announced that new processes are being developed to raise animals for meat production.

“Years ago, we imported a lot of meat from Argentina, and now we eat meat produced in Venezuela that will be exported to other countries,” he announced at the Cacique Yare Comprehensive Production Unit, a cultivation area of 2,000 hectares.

“Before, production in the country was only oil; now, it is through the production of different items,” he said.

“We must start manufacturing the 18 productive engines so that each engine can be activated and can lead us toward ending oil rentierism,” he added. Venezuela’s “rentierism” refers to the “rent” paid to Venezuela by imperialist countries for the right to natural resources such as oil.

“We have to overturn the collective dependence on oil: we have 30 million hectares ready for production, and that production must be done by the people,” he said.

He also reported that next Friday, 1,000 hectares of land will be delivered to farmers in the state of Portuguesa. 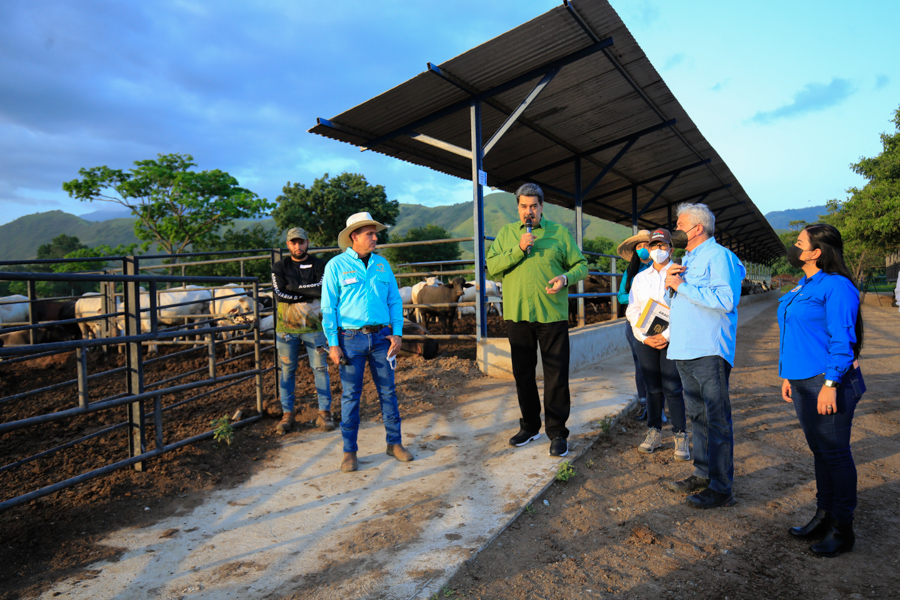 He stressed that Venezuela has taken a step forward: “It is growing and advancing in the great national project to diversify its economy,” he said.

The working day included Maduro signing off on the creation of the National Land Commission. This will give a necessary boost to the democratization, and promotion of land for agricultural production, including the financing and support for new machinery. 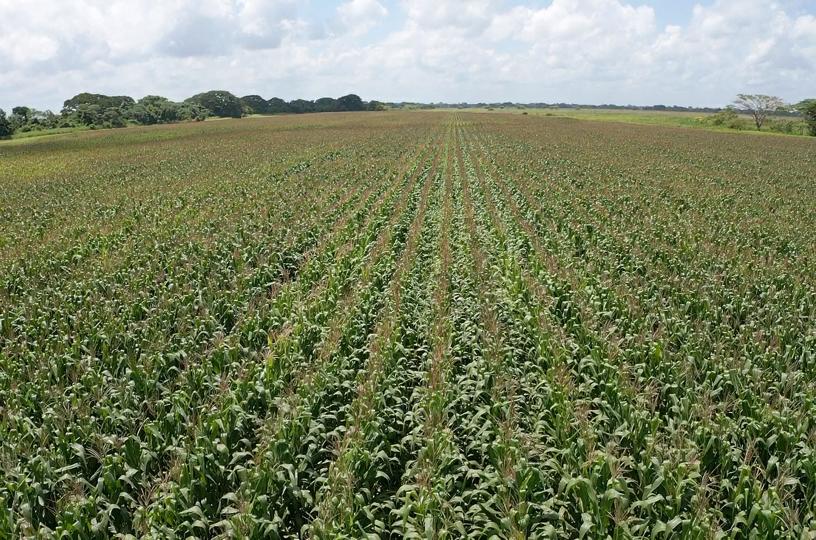 Production in Aragua
During the visit, President Maduro toured the facilities of the Cacique Yare Agricultural Production Unit, which has a six-hectare storage capacity for 1,350 of the Brama and Carora cattle breeds.

Additionally, the governor of Aragua, Karina Carpio, highlighted Aragua’s production capacity and its contribution to the new diversified economy.

“The rentier economy was displaced, which prompted us Venezuelans to awaken to our natural capacities. Thanks to the new guidelines and instructions, today we are headed toward a new, diversified economy,” she said.

“Here in Aragua, we are also producing coffee and cocoa on a large scale. We have many textile companies which directly benefit our people by generating jobs. Thanks to God, I have had the opportunity to travel throughout the state, and I say with complete certainty that I am very optimistic about these production efforts,” said Carpio.