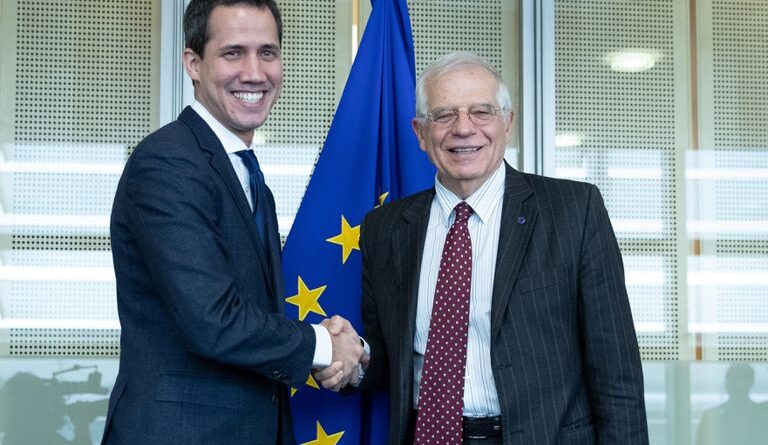 Caracas, October 8, 2021 (OrinocoTribune.com)—Through a communiqué issued earlier today, the Venezuelan government rejected the statement of Josep Borrell, high representative for foreign affairs of the European Union (EU), in which he declared that that the objective of the EU Electoral Observation Mission (EOM) headed to Venezuela for the November 21 elections, is to accompany Venezuela’s political opposition—thus revealing the politically biased interventionist approach to be employed by the EU’s mission.

“If the opposition decides to go, and that is a path that allows opening a gap and achieving greater institutionalization of the opposition, am I going to say that I am not sending an electoral observation mission because the elections are fraudulent?” argued the head of the EU diplomacy.

“I know that the Americans [of the US] have not been enthusiastic about the idea,” Borrell acknowledged, after the EU decided to send an observation mission for the regional elections on November 21. However, he added, “we have to make decisions weighing advantages and drawbacks.”

“If the entire opposition appears in these elections, including the parties that support Mr. Guaidó [former deputy of Venezuela’s National Assembly no longer recognized by the European Union as “interim president] then I think we have to accompany them because it is a greater guarantee for them,” stated Borrell.

Below is the full unofficial translation of the communiqué issued by Venezuela’s Foreign Ministry:

The Bolivarian Republic of Venezuela categorically rejects the statements of the High Representative for Foreign Affairs and Security Policy of the European Union (EU), Josep Borrell, made on October 8, 2021, in which he states that the Electoral Observation Mission (EOM) of the European Union deployed in Venezuela, for the upcoming electoral process on November 21, aims to accompany the political opposition of the country that will take part in the elections, and it will “legitimize or delegitimize” the electoral process with the report prepared by that mission.

The government of the Bolivarian Republic of Venezuela vigorously rejects these statements that reveal the interventionist intention to use the Electoral Observation Mission of the European Union with a political bias, in detriment to the provisions of the agreement signed between the National Electoral Council of the Bolivarian Republic Venezuela and the delegation of the European Union in the country, and in frank violation of international law.

Once again, the European Union seems to misunderstand its role within the framework of the Venezuelan political process, missing the opportunity to position itself as a respectable, impartial, and independent actor, and positioning itself as a political piece subordinate to US foreign policy, and to some sectors of the extreme right, who seek to undermine the electoral and democratic process in Venezuela.

The Bolivarian Republic of Venezuela ratifies that it will not accept any interference, and that an Electoral Observation Mission with the characteristics described by Mr. Borrell will not be accepted by our country. The legality and legitimacy of the Venezuelan electoral process does not depend, nor will it depend, on any foreign actor, but strictly on popular sovereignty, as specified by our National Constitution.

The Bolivarian Republic of Venezuela requires the representatives of the European Union to refrain from politically manipulating the Electoral Observation Mission, and to maintain the strict conduct of impartiality, objectivity, independence, and non-interference in the Venezuelan electoral process in order to preserve our rightful and legal relationship.