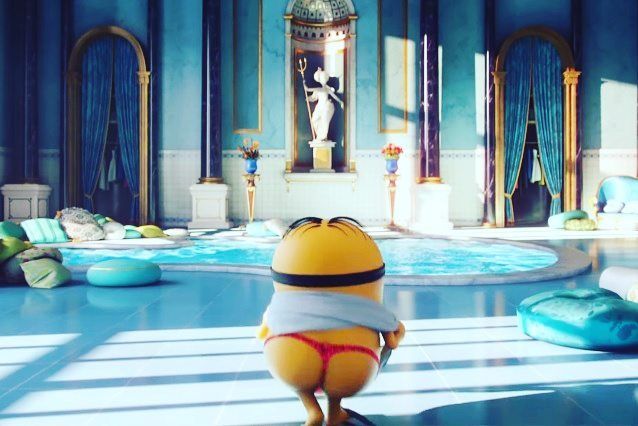 Unintentionally, extreme right journalist Carla Angola viralized the new proposal by Deputy Juan Pablo Guanipa: The Unified Command of the Opposition, C.U.L.O. for its acronym in Spanish that can be translated into English as “ASS”. Although it seems that they did not think about the acronym of the new movement very much.

For many opponents, March 10 must have been a frustrating day: being summoned by Juan Guaidó to congregate in the Plaza Juan Pablo II in Chacao, full of hope that this would finally be the “D-Day” that would mark the end of the “regime”, with the promise of marching to the National Assembly in downtown Caracas and, why not, even reaching the long-awaited Miraflores Presidential Palace.

And, again to march, to arrive at Chacaíto, to run into a platoon of the Bolivarian National Guard, to see the hooded boys of always throwing rocks at the guards, with the obvious reaction that this causes in any country of the world (besides Chile, France or the US): tear gas and dispersion of the march, so that later their leader said happily that he knew that this was going to happen, and then announced that he had everything prepared to perform the central act of the event in the Alfredo Sadel square of Las Mercedes.

And, once there, to see the “interim president (of Venezuela)” Juan Guaidó, deliver to the “president of the National Assembly,” Juan Guaidó, a “conflicting statement.”

As if this had not been disappointing enough, you arrive at your home, you open Twitter, and you see a publication by the Venezuelan journalist Carla Angola , presenting a video on Youtube of about 11 minutes with an interview conducted on Monday March 9 at night with the opposition leader and deputy Juan Pablo Guanipa. The tweet is very short: “The Unified Commando of the Opposition is born.” In principle, other boring news on the opposition trying to reunite itself in a new democratic coordination, a unity table, broad front or who knows what new invention, to “now”, call for unity protests that can “overthrow the regime.”
The interview with Guanipa, presented on the El Venezolano TV channel from Miami, Florida, is no big deal. In the video, after 45 seconds of publicity for a chicken restaurant in Miami, the Zulian deputy calls for the march of the 10th, and announces that on Wednesday 11 the “Unified Command” will be constituted, with representation of opposition political parties and leaders to “unify all efforts in a permanent manner.”
“We are organizing a thing that, when you learn about it, is going to be important,” Guanipa explained to Angola shortly before Skype’s broadcasting began to break up. The video ends with another minute of publicity, in which an English courses company, a Lebanese market, two restaurants and an office solutions company alternate ads, a living demonstration of the good business being an extremist anti-Chavista in Miami is.
But, suddenly, someone notices a little detail: the acronym for “command.”
Unified Opposition Command? ASS? seriously? The point is that we Venezuelans are big pranksters and social networks lend themselves a lot to “trolling”, especially at night. And the teasing of the ASS of Guanipa grew like a snowball. Chavistas, ninis, light anti-Chavistas and many other people were unified in an avalanche of humor that was much needed.
We will leave the captures of the jokes of the Venezuelan tweeters, which explain themselves (in Spanish). In a matter of minutes, thousands of jokes placed the ASS (C.U.L.O.) in first place of Venezuelan Twitter trends, displacing any serious attempt by the opposition to discuss or explain the disaster on Tuesday, or to summon any sequel to the march on Wednesday. The La Hojilla program of VTV was one of the first to laugh at the matter in real time, and called for support of the tag, which was already in the first place anyway. No opponent imagined that on Tuesday he would end up with millions of happy Chavistas dying of laughter, while an equal batch of numerous opponents preferred to turn off their phones and computers, take on the new defeat of March 10 and just go to bed.
How did the ASS fare? It is not known exactly what happened there. One tries to imagine that the opposition leaders met in the spacious mansion of one of them in the southeast of Caracas, or in the conference room of some large transnational corporation, or perhaps in a 5-star hotel (the million dollars delivered by the State Department have to serve for something) and that there, accompanied by renowned neuromarketing experts and geniuses from MIT from major think tanks, sit at a large table, with a digital blackboard in front, over some imported spirit drink.
One imagines them using some last generation artificial intelligence software provided by the NSA, to turn their brilliant ideas into a memorable name, with a motto worthy of the right and a spectacular logo, whose bare mention makes “the evil dictatorship” that governs the destinies of Venezuelans tremble in panic.
But in reality, they ended up doing this:

It is not possible that no one realized that the “Unified Commando of the Opposition“ far from causing panic among Chavismo, was going to cause tons of laughter, and become weeks of material for programs such as La Hojilla, Con El Mazo Dando, Left Handed Konducta or As You Can See.
Could it be that the opponent who proposed such a crazy name was nothing other than an infiltrated Chavista who, bored of so much quackery and biting his lips to contain laughter, raised his hand, proposed the rogue name and achieved the unanimous applause of the attending opponents to his own surprise? Maybe we’ll never know.
What will happen on Wednesday, when the opposition presents its unified command to the press and, predictably, they have changed their name? Will there be any social communicator brave enough to ask what happened to the ASS? The day will dawn and we will see.

Although Venezuelans will surely return this Wednesday to the ups and downs of our daily lives, the truth is that these errors of the opposition refresh our day to day and reinforce an undeniable side of our identity as Venezuelans: our good humor. Featured image: Images like this were used to make fun of the new «Unified Command of the Opposition» proposed by Juan Pablo Guanipa in an interview with Carla Angola.