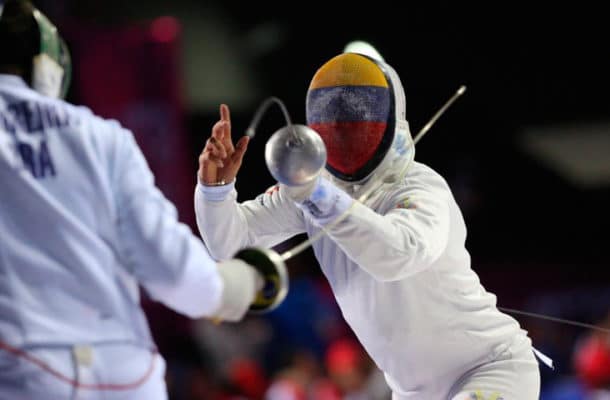 The Venezuelan athlete Rubén Limardo was unanimously inducted into the Hall of Fame of the International Fencing Federation (FIE). The Venezuelan, winner of the gold medal at the London 2012 Olympic Games, received the news on the morning of this Wednesday, September 9. Limardo is the second Latin American to achieve this milestone.

Limardo’s prowess is even greater, as this is the first year the Creole has been eligible for the FIE Hall of Fame and usually the acceptance takes several attempts. In addition, his selection was made unanimously.

The first Latin American to be inducted into the FIE Hall of Fame was the Cuban Ramon Fonst; considered the best fencer in the history of the Caribbean country.

The induction ceremony will take place virtually during the FIE Congress between September 17 and 18.

The pioneer Rubén Limardo
Rubén Limardo Gascón is the first Venezuelan to achieve the feat of being inducted into the FIE Hall of Fame. He is also the first local athlete to win a gold medal in fencing at the Olympic Games. He has also been number one in the fencing world ranking on several occasions.

The most important moment in Limardo’s career as representative of Venezuela occurred at the London 2012 Olympic Games when he won the gold medal in the individual epee event. However, the name of the native of Bolívar already had sounded in the world of fencing since 2007.

Limardo won two silver medals at the 2011 Pan American Games in Guadalajara, but in Toronto 2015 he won the gold in individual and team epee.


Limardo, born in Ciudad Bolívar, repeated the win in individual sword of the Pan American Games in Lima 2019. In the team event, he achieved the bronze medal.
Regarding his induction, Limardo confessed to being extremely happy about the news, but said that he does not think about retirement.
“I still do not think about retirement,” he stressed. “I want to participate in the Olympic Games in Paris in 2024,” added the Venezuelan fencer who remains in shape during the suspension of the sports calendar due to the COVID-19 pandemic.
Rubén Limardo is one of the 19 Venezuelans with a guaranteed place in the Tokyo Olympics, which were postponed from 2020 to 2021 due to the Covid-19 pandemic.