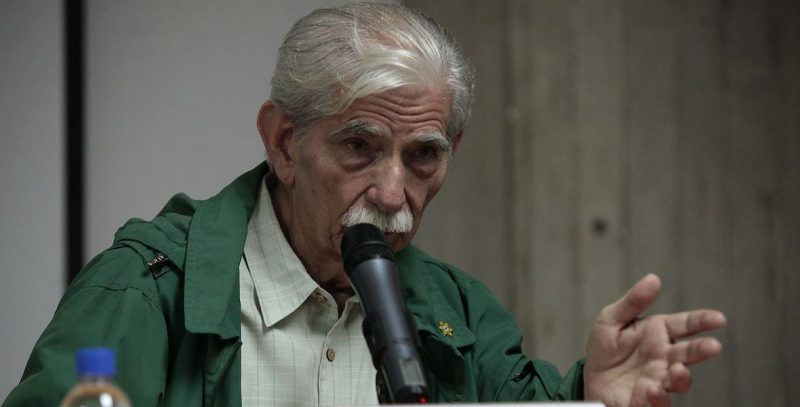 He asks that the official responsible of the agreed prices to be present in the Hall.

In a speech that surprised by its critical and self-critical content, the constituent and ex-guerrilla fighter Julio Escalona, called this Tuesday, December 18, 2018 to his companions of the National Constituent Assembly (ANC) to revitalize this body plenipotentiary.

“This ANC can dismiss a minister. I’m not threatening anyone, but you can do it. This ANC has been absolutely disciplined and has not wanted to exceed its powers and take powers that are the National Executive, but there are problems that people demand to us on the street.

“Those of us who walk on the street get to the edge of insult, people are upset with us because they think we are not doing our job.” He stressed that, although the ANC has worked very hard, “the expectation that was created in the Venezuelan people we have not known how to fulfill it, and from now on we must all commit ourselves to this process of revitalization “.

In his words, pronounced during the discussion of the Venezuelan Budget for next year, he pointed out the need to improve the discussion of it. “There was an improvement this year with the presentation of the reports, but to say that the Economic Commission could discuss this in detail, is not true, there was an advance that we hope will deepen, but we have not reached the point where everything is discussed in detail”.

He also pointed out that the policy of agreed prices [the government initiative that procure to rationalize the prices of certain basic products] is not working, and proposed that the ANC cordially invite the official in charge of them [Minister William Contreras] to explain why this policy continues to be insisted on, in a fraternal dialogue, since the people are already fearing every time a salary increase is announced.

He called for sanctions on those who violate these agreed prices that should be published in the Official Gazette next to the list, as a way to enforce it.

He proposed the declaration of emergency of the ANC given the circumstances of threats of intervention against the country to destroy the Bolivarian process, following the call made by President Nicolás Maduro in this regard.

He also rejected that imported food supplies are being delivered only to large private entrepreneurs and distribution channels of private products, and said that, according to a Food Ministry official who went to the Commission, the communes and medium and small companies supposedly did not have production capacity, so the imported goods are not delivered to them. “But the private distribution channels organize bachaqueo, contraband, what is hoarded, and there is nothing left for the communes and small and medium producers,” for which he proposed eliminating the Ministry of Food. “It’s a ministry against food, which conspires against it.”

He criticized the transfer of dollars to private entrepreneurs that, he assures, still occurs with resources of the State. “With that, what they have done is enrich themselves … Where is the production they deliver? With all the dollars they have historically received, and all those they are still receiving, we should be super-supplied, and why is not that so, because they want to overthrow the government! ”

He concluded by saying: “The people are standing firm, voting, and a firefighter from Maracaibo told me that, in an area where CLAP is almost unreachable, they went out in a row to vote in spite of the sorrows, they are people of great faith. What comes after the loss of faith? Fascism: A Brazilian writer told me that the people who voted for Bolsonaro in Brazil are not that they became sexist, it’s that they became Anti-PT (Workers’ Party). We have to see that example and take it very seriously. ”

Some public media outlets have initiated the transmission of the speech, but decided to stop transmitting it within a few minutes of initiation, in particular after making their considerations on the discussion of the budget. Only the ANCTV channel continued with the transmission.