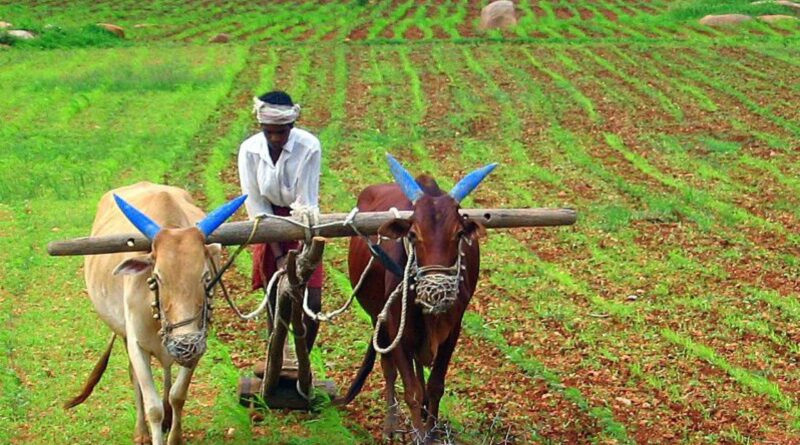 According to a new report by Oxfam, ‘The Inequality Virus’, the wealth of the world’s billionaires increased by $3.9tn (trillion) between 18 March and 31 December 2020. Their total wealth now stands at $11.95tn. The world’s 10 richest billionaires have collectively seen their wealth increase by $540bn over this period. In September 2020, Jeff Bezos could have paid all 876,000 Amazon employees a $105,000 bonus and still be as wealthy as he was before COVID.

Mukesh Ambani, India’s richest man and head of Reliance Industries, which specialises in petrol, retail and telecommunications, doubled his wealth between March and October 2020. He now has $78.3bn. The average increase in Ambani’s wealth in just over four days represented more than the combined annual wages of all of Reliance Industries’ 195,000 employees.

The Oxfam report states that lockdown in India resulted in the country’s billionaires increasing their wealth by around 35 per cent. At the same time, 84 per cent of households suffered varying degrees of income loss. Some 170,000 people lost their jobs every hour in April 2020 alone.

The authors also noted that income increases for India’s top 100 billionaires since March 2020 was enough to give each of the 138 million poorest people a cheque for 94,045 rupees.

The report went on to state:

During lockdown and after, hundreds of thousands of migrant workers in the cities (who had no option but to escape the country’s avoidable but deepening agrarian crisis) were left without jobs, money, food or shelter.

It is clear that COVID has been used as cover for consolidating the power of the unimaginably rich. But plans for boosting their power and wealth will not stop there. One of the most lucrative sectors for these people is agrifood.

More than 60 per cent of India’s almost 1.4 billion population rely (directly or indirectly) on agriculture for their livelihood. Aside from foreign interests, Mukesh Ambani and fellow billionaire Gautam Adani (India’s second richest person with major agribusiness interests) are set to benefit most from the recently passed farm bills that will lead to the wholesale corporatisation of the agrifood sector.

A recent article on the grain.org website, ‘Digital control: how big tech moves into food and farming (and what it means)’, describes how Amazon, Google, Microsoft, Facebook and others are closing in on the global agrifood sector while the likes of Bayer, Syngenta, Corteva and Cargill are cementing their stranglehold.

The tech giants entry into the sector will increasingly lead to a mutually beneficial integration between the companies that supply products to farmers (pesticides, seeds, fertilisers, tractors, drones, etc) and those that control the flow of data and have access to digital (cloud) infrastructure and food consumers. This system is based on corporate centralisation and concentration (monopolisation).

Grain notes that in India global corporations are also colonising the retail space through e-commerce. Walmart entered into India in 2016 by a US$3.3 billion take-over of the online retail start-up Jet.com which, in 2018, was followed by a US$16 billion take-over of India’s largest online retail platform Flipkart. Today, Walmart and Amazon now control almost two thirds of India’s digital retail sector.

Amazon and Walmart are using predatory pricing, deep discounts and other unfair business practices to lure customers towards their online platforms. According to Grain, when the two companies generated sales of over US$3 billion in just six days during a Diwali festival sales blitz, India’s small retailers called out in desperation for a boycott of online shopping.

In 2020, Facebook and the US-based private equity concern KKR committed over US$7 billion to Reliance Jio, the digital store of one of India’s biggest retail chains. Customers will soon be able to shop at Reliance Jio through Facebook’s chat application, WhatsApp.

The plan for retail is clear: the eradication of millions of small traders and retailers and neighbourhood mom and pop shops. It is similar in agriculture.

The aim is to buy up rural land, amalgamate it and roll out a system of chemically-drenched farmerless farms owned or controlled by financial speculators, the high-tech giants and traditional agribusiness concerns. The end-game is a system of contract farming that serves the interests of big tech, big agribusiness and big retail. Smallholder peasant agriculture is regarded as an impediment to be replaced by large industrial-scale farms.

This model will be based on driverless tractors, drones, genetically engineered/lab-produced food and all data pertaining to land, water, weather, seeds and soils patented and often pirated from peasant farmers.

Farmers possess centuries of accumulated knowledge that once gone will never be got back. Corporatisation of the sector has already destroyed or undermined functioning agrarian ecosystems that draw on centuries of traditional knowledge and are increasingly recognised as valid approaches to secure food security.

And what of the hundreds of millions to be displaced in order to fill the pockets of the billionaire owners of these corporations? Driven to cities to face a future of joblessness: mere ‘collateral damage’ resulting from a short-sighted system of dispossessive predatory capitalism that destroys the link between humans, ecology and nature to boost the bottom line of the immensely rich.

India’s agrifood sector has been on the radar of global corporations for decades. With deep market penetration and near saturation having been achieved by agribusiness in the US and elsewhere, India represents an opportunity for expansion and maintaining business viability and all-important profit growth. And by teaming up with the high-tech players in Silicon Valley, multi-billion dollar data management markets are being created. From data and knowledge to land, weather and seeds, capitalism is compelled to eventually commodify (patent and own) all aspects of life and nature.

Foreign agricapital is applying enormous pressure on India to scrap its meagre (in comparison to the richer nations) agricultural subsidies. The public distribution system and publicly held buffer stocks constitute an obstacle to the profit-driven requirements of global agribusiness interests.

Such interests require India to become dependent on imports (alleviating the overproduction problem of Western agricapital – the vast stocks of grains that it already dumps on the Global South) and to restructure its own agriculture for growing crops (fruit, vegetables) that consumers in the richer countries demand. Instead of holding physical buffer stocks for its own use, India would hold foreign exchange reserves and purchase food stocks from global traders.

Successive administrations have made the country dependent on volatile flows of foreign capital via foreign direct investment (and loans). The fear of capital flight is ever present. Policies are often governed by the drive to attract and retain these inflows. This financialisation of agriculture serves to undermine the nation’s food security, placing it at the mercy of unforeseen global events (conflict, oil prices, public health crises) international commodity speculators and unstable foreign investment.

Current agricultural ‘reforms’ are part of a broader process of imperialism’s increasing capture of the Indian economy, which has led to its recolonization by foreign corporations as a result of neoliberalisation which began in 1991. By reducing public sector buffer stocks and introducing corporate-dictated contract farming and full-scale neoliberal marketisation for the sale and procurement of produce, India will be sacrificing its farmers and its own food security for the benefit of a handful of unscrupulous billionaires.

As independent cultivators are bankrupted, the aim is that land will eventually be amalgamated to facilitate large-scale industrial cultivation. Indeed, a recent piece on the Research Unit for Political Economy site, ‘The Kisans Are Right: Their Land Is At Stake‘, describes how the Indian government is ascertaining which land is owned by whom with the ultimate aim of making it easier to eventually sell it off (to foreign investors and agribusiness). Other developments are also part of the plan (such as the Karnataka Land Reform Act), which will make it easier for business to purchase agricultural land.

India could eventually see institutional investors with no connection to farming (pension funds, sovereign wealth funds, endowment funds and investments from governments, banks, insurance companies and high net worth individuals) purchasing land. This is an increasing trend globally and, again, India represents a huge potential market. The funds have no connection to farming, have no interest in food security and are involved just to make profit from land.

The recent farm bills – if not repealed – will impose the neoliberal shock therapy of dispossession and dependency, finally clearing the way to restructure the agri-food sector. The massive inequalities and injustices that have resulted from the COVID-related lockdowns are a mere taste of what is to come.

The hundreds of thousands of farmers who have been on the streets protesting against these bills are at the vanguard of the pushback – they cannot afford to fail. There is too much at stake.

Colin Todhunter was named in August 2018 by Transcend Media Services as one of 400 Living Peace and Justice Leaders and Models in recognition of his journalism. Join him on Twitter at https://twitter.com/1ColinT Read other articles by Colin.