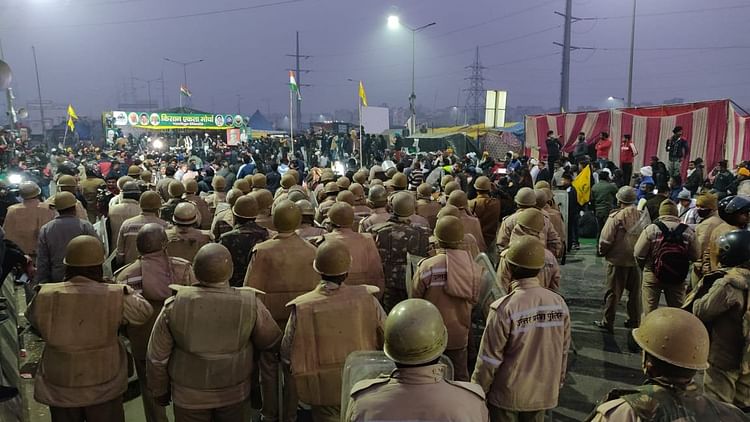 The police and local authorities attempted to evict thousands of farmers from a protest site in Ghazipur on Thursday. However, the attempt has strengthened the farmers’ resolve to continue the sit-in and led to fresh mobilizations as well

Days after a massive rally in the capital city of New Delhi, India’s protesting farmers are defiantly resisting attempts to evict them from their protest sites. The farmers have been camped in various locations on the outskirts of the capital for over two months demanding the repeal of three controversial agricultural laws passed by the right-wing government of Narendra Modi in September 2020.

On Thursday, January 28, the police and local administration made a concerted attempt to evict the protesting farmers from Ghazipur near the border separating India’s capital from the neighboring state of Uttar Pradesh (UP). However, reports indicate that this attempt only strengthened the farmers’ resolve and with many more people from Uttar Pradesh mobilizing and proceeding towards Ghazipur in support of their fellow protesters.

“Forces have surrounded us on all four sides,” Jagbir Singh Bhatti, All India Kisan Sabha (AIKS) district secretary from Bulandshahr in UP, told Peoples Dispatch at around 10 pm on January 28. The deployment of the Rapid Action Force (RAF) in this area was extended earlier until February 4. However, within a few hours, the position on the ground had shifted with more farmers arriving and occupying the space around the stage at the protest site.

Earlier in the day, on a directive of the UP state government, which is ruled by the BJP that is also in power at the center, the Ghaziabad district administration issued an order to these farmers to vacate this site. Section 144 of the Criminal Procedure Code (CrPC), which allows the authorities to prohibit the assembly of four or more people, was imposed on this area, where more than 3,000 protesting farmers were camped by the evening. A notice was also issued under Section 133, which permits the use of force to remove “nuisance”.

Protesters also alleged that earlier in the day, a local BJP leader had brought along a number of goons to create trouble. The night before, the electricity and water supply to the area was cut off, allegedly by the local administrative body. From the previous experience of police violence against protests, the cutting of electricity supply is believed to be an omen of oncoming police action.

Rakesh Tikait, head of the Bharatiya Kisan Union (BKU), who is among the major farm leaders located here, was asked to surrender as well. “There is a conspiracy to create trouble here. Our protest will continue, I am not surrendering. I will face the bullets…,” he announced from the stage in response, in the presence of police personnel, threatening also to commit suicide in protest. His emotional outburst is believed to have played a key role in mobilizing farmers from the region as he enjoys great support  in Western Uttar Pradesh.

Thursday’s developments mark a key moment in the Indian government’s bid to crack down on the protesters following the tractor rally on January 26. On that day, tens of thousands of farmers took part in a largely peaceful tractor rally in Delhi. However, one group refused to follow the pre-determined route set down by the authorities leading to confrontations with the Delhi police. Some farmers also reached the Red Fort, and hoisted a Sikh religious flag on its ramparts. The protest took place on Republic Day which celebrates the coming into effect of India’s constitution while the Red Fort is of great symbolic importance as the prime minister hoists the national flag and addresses the country from there on every Independence Day (August 15)

The Samyukta Kisan Morcha (SKM), the umbrella organization, which had negotiated an agreement with the police on the routes and the timings, dissociated itself from the violence and called for peace. Nonetheless, this has given the government an opportunity to target the protesters who have won great support across the country over the past two months. The police have said the incidents will be investigated under the draconian Unlawful Activities Prevention Act (UAPA)  and the sedition law, both of which have been used very often against critics of the government. Notices have also issued by the police to farmers’ leaders, including Tikait.

Meanwhile, the corporate media has launched a full-fledged assault against the protesters echoing the ruling dispensation’s claim that the protest was led by a separatist terrorist organization which had its origin from State of Punjab. They have been using the incident to defame the pan-India SKM-led farmers’ movement.

The SKM, meanwhile, has accused the government of infiltrating the protests with its agent provocateurs, who incited the incidents of violence.

Ashok Dhawale, the President of All India Kisan Sabha (AIKS), a left-wing farmers’ union which is a part of the SKM, pointed out during a conference hosted by the Delhi State Committee of the Communist Party of India -Marxist (CPI-M), “despite there being hundreds of thousands farmers on the Delhi’s borders, was there a single window of car that was shattered? Were there any incidents of violence in these two months? (There wasn’t) because it was determined by the SKM that our strength lies in the peaceful nature of our protest.. which won us wide-spread support from the public.”

He and many others have noted the role played by Deep Sidhu, a singer from Punjab, who was part of the group that gathered at the Red Fort. Incidentally, Sidhu had campaigned for the BJP in the parliamentary elections of 2019 and there are pictures of him with prime minister Narendra Modi and home minister Amit Shah.

Throughout the night of January 25, Sidhu was provoking the farmers, arguing and insisting on heading to the Red Fort, Ashok Dhawale alleged. “This was not SKM’s decision,” reiterated Dhawle, who added that the police, while making little effort to stop those deviating from the route agreed upon, used force against those who stuck with the route map.

It was in this context that the UP government attempted to evict the protesters on Thursday night. However, the act may have spurred fresh mobilizations. K K Ragesh of the CPI(M), a member of the upper house of the parliament from the left-ruled State of Kerala, reached the protest site before 1 am on January 29, to stand in solidarity with Rakesh Tikait. The Indian Express reported that calls had gone out in the neighboring States of Punjab and Haryana for more people to join the protest. 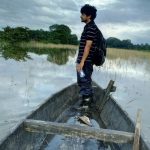