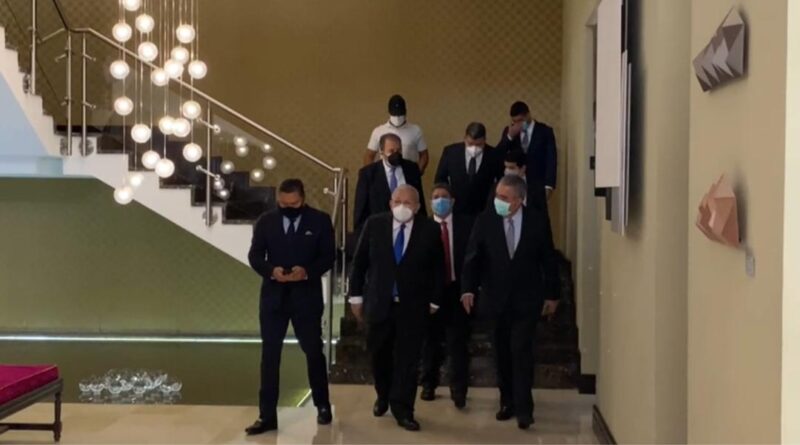 The United Nations Special Rapporteur for the Effects of Sanctions on Human Rights, Alena Douhan, arrived in Caracas on Sunday to meet with a delegation of deputies from the Opposition caucus of the recently sworn-in Venezuelan parliament.

This Tuesday, February 2, the meeting was held in the east of the capital city at the Marriott Hotel in La Castellana. It was attended by Opposition parliamentarians Javier Bertucci, Bernabé Gutiérrez, Luis Augusto Romero, Luis Parra, Timoteo Zambrano and José Gregorio Correa.

“There will be no statements—said the parliamentarians—the statements will be made by the rapporteur. She will be the one in charge. Expectations are good, they are always good,” said Correa, a member of the Democratic Alliance, after the meeting ended.

The rapporteur will remain in the country until February 12 and will also hold meetings with senior government officials, members of the judiciary, international organizations, the diplomatic community, civil society, political parties, the national human rights mechanism, lawyers, academics, activists, victims and their families.

Upon her arrival in Venezuela on January 31, Douhan expressed her desire to examine, “in a spirit of cooperation and dialogue,” the scope of the unilateral US sanctions against the country and “the full realization of the human rights of the Venezuelan people.”

Measuring the impact of sanctions: one of the objectives
One of the main objectives of Alena Douhan’s visit as a rapporteur is to measure the impact of unilateral coercive measures, known as economic sanctions, on the Venezuelan population, in their daily lives and the impact on human rights.

“I will focus in particular on any negative impact that sanctions may have on the enjoyment of all human rights in Venezuela,” said Douhan, adding that she will also make recommendations to mitigate or eliminate the negative effects of unilateral coercive measures.

The rapporteur was received upon arrival in Venezuela by Vice Minister for Foreign Affairs for Multilateral Issues, Daniela Rodríguez, and the Venezuelan ambassador to the UN and other international organizations based in Geneva, Héctor Constant.

The not very balanced or impartial Voice of America—a news agency directly under White House supervision—reported the activity on its Twitter account with an uncharacteristically balanced perspective. “Opposition congressmen from the Venezuelan National Assembly met this Tuesday with the UN Special Rapporteur, Alena Douhan, during her visit to the country,” it posted on its Twitter account.

Douhan’s credentials
Alena Douhan was appointed Special Rapporteur on the negative impact of unilateral coercive measures on the enjoyment of human rights by the UN Human Rights Council, in March 2020.

According to the UN, Douhan, who took office as rapporteur on March 25, 2020, is an independent expert who does not receive a salary for her work but provides her services on a voluntary basis and in a personal capacity.

Featured image: Deputies of the Opposition in Venezuela’s National Assembly met with the UN Rapporteur to discuss the effects of the US Sanctions on Human Rights. Photo courtesy of Impacto Venezuela.