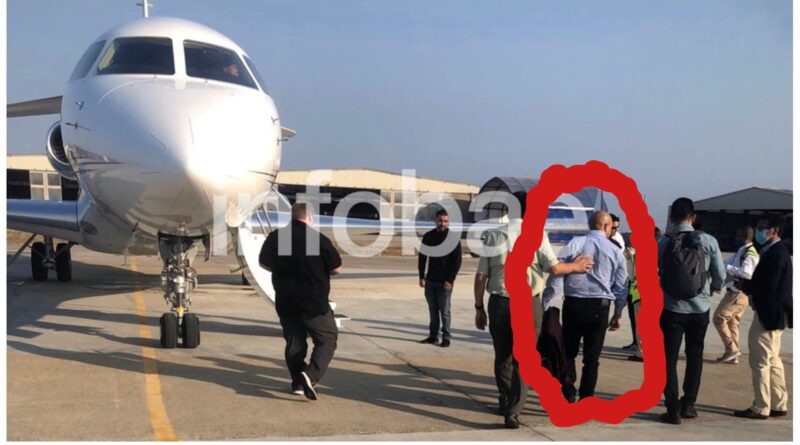 This Thursday, December 2, the United States Office of Foreign Assets Control (OFAC) withdrew from its list of drug traffickers the name of Clíver Alcalá Cordones, fugitive from Venezuelan justice, despite the fact that he is allegedly detained in the US on charges related to drug trafficking.

Clíver Alcalá was inserted into the OFAC list in 2011, after being accused of abusing his position in the Bolivarian National Armed Force (FANB) to exchange arms for drugs with Colombian paramilitary and drug traficking gangs.

The US government had offered $10 million for the capture of Alcalá, who finally had to turn himself in to the US Drug Enforcement Agency (DEA) in Colombia, from where he was taken to the US and imprisoned in New York, where allegedly he is currently being held.

Of the other three former Venezuelan officials who were sanctioned by the US Treasury Department along with Alcalá in 2011, Amílcar José Figueroa and Ramón Isidro Madriz were also removed from the OFAC list.

According to controversial US journalist Joshua Goodman of the AP agency, this US decision allegedly comes as part of the announcements in support for the peace process in Colombia, which has also led to the removal of FARC from the US list of terrorist organizations. Goodman is well known for being a CIA/DEA stenographer, and according to analysts, the argument he presents is not very convincing.

“The saint Clíver Alcalá”
After knowing the US decision on Clíver Alcalá, the first vice president of the United Socialist Party of Venezuela (PSUV), Diosdado Cabello, spoke out, denouncing that the US administration now considers Alcalá a saint after accusing him of drug trafficking.

“Clíver Alcalá, just as the US government said he was a drug trafficker, now it says he is a saint,” repudiated the National Assembly deputy. “That is Washington’s justice. They claim that it is the best justice in the world.”

Alcalá’s criminal record in Venezuela is worth remembering now. The Venezuelan Supreme Court of Justice initiated an extradition request for him after he was accused of attempted murder of President Nicolás Maduro.

The Venezuelan former army general actively participated in the planning and organization of Operation Gideon on May 3, 2020, for which he is accused of crimes of treason, illicit trafficking of weapons of war, terrorism and criminal association. Even one of Alcalá’s nephews was arrested during the raids launched by Venezuelan defense to apprehend those involved in the mercenary operation.

It is important to remember that Alcalá surrendered himself to the Colombian justice a few days after the neutralization of Operation Gideon and a few weeks after his closest aides where detained by Colombian authorities with a war arsenal allegedly to be used in the mercenary operation. A few days later he was extradited to the United States through an executive system, in a manner that, according to video footage and photos available, seemed more like transporting a high-ranked US official than extraditing a criminal. Many analysts had then opined that it was rather a rescue operation of the mastermind of Operation Gideon instead of the extradition of a narco-trafficker.

Featured image: Clíver Alcalá (circled in red) being “deported” to the US. As can be seen, he is not in handcuffs, and hugs and handshakes were part of the “operation,” similar to picking up a top US bureaucrat. Photo: Infobae