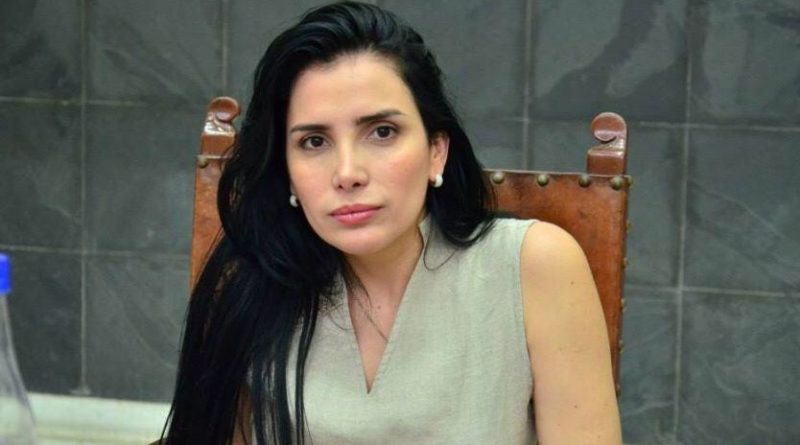 In a segment from the show “Tips From All Over”, the host Miguel Pérez Pirela brought to light new data in the case of former Colombian congresswoman and fugitive Aida Melano, who was recaptured by Venezuelan justice on January 28, in Maracaibo, Zulia state.

The director of LaIguana.TV said that the most relevant fact in this case is the impudence of Colombian justice, in letting her escape, being inoperative in her search and to top it off, now President Iván Duque, is requesting her extradition from the opposition deputy Juan Guaidó and not from Venezuelan President Nicolás Maduro.

“Colombian justice lets her escape and what is worse, it is inoperative at the time of her recapture and now that the FAES of the government of Nicolás Maduro stopped her, Duque does not ask Maduro to extradite her, but asks the deputy Guaidó, ” he said.

Pérez Pirela revealed from DDS that the congresswoman comes from the Atlantic coast and was arrested for electoral corruption.

“She escaped because she was taken out of prison for an appointment with the dentist, with a rope she threw from the window, she jumped out and fell out in the middle of the street in Colombia and a motorcycle waited for her below.”

RELATED CONTENT: Another Propaganda Maneuver From Colombia: The Paramilitaries of the AUC

After several months elapsed without knowing anything about her, Merlano along with seven other people were captured in a wealthy area of the Zulian capital, by the Special Actions Forces of the National Police.

Purely noted that her capture happened to occur at a moment when the self-proclaimed Guaidó was in the United States seeking a meeting with Donald Trump. Trump himself was occupied by the impeachment processes against him and in a politically sensitive moment.

The capture of Merlano by Venezuelan security forces is problematic for Duque in part because the fugitive may have information he would not like to share with the Bolivarian Maduro government. Duque has been a collaborator with the illegal US campaign against Venezuela.