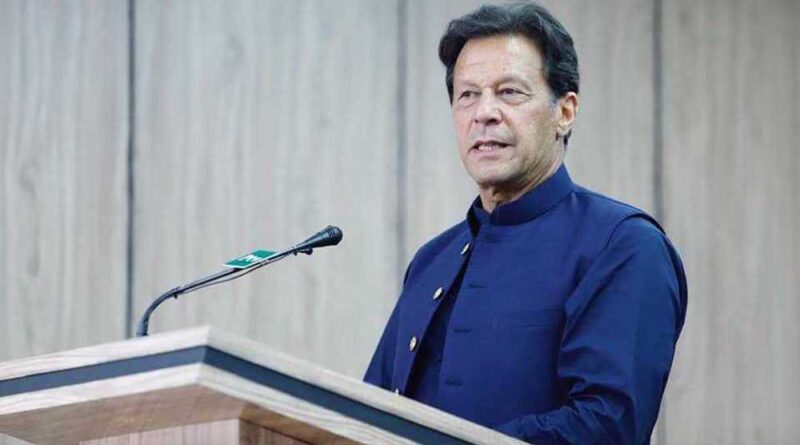 The Biden administration’s campaign to topple the democratically-elected government of Prime Minister Imran Khan in Pakistan has succeeded, according to an American writer and political commentator. “The Empire never sleeps.”

Prime Minister Khan was unseated after losing a no-confidence vote in the parliament on Saturday night.

According to the House speaker, Sardar Ayaz Sadiq, opposition parties were able to secure 174 votes in the 342-member house in support of the no-confidence motion, making it a majority vote. There were just a few legislators of Khan’s ruling party present for the process.

“The US soft coup in Pakistan is just one more example of the CIA sticking its Dirty Fingers in every corner it can reach all over the world. The Empire never sleeps. And some people say well you know I mean, Khan hadn’t really done anything yet,” Daniel Patrick Welch told Press TV on Sunday morning.

“But you have to remember this is a World War. They are operating everywhere. They got stung last week in Hungary; they’re worried about tomorrow in France with Le Pen potentially getting more votes than they want,” he added.

“And Khan was going to act independently. Remember corruption is destabilizing and they can make good use of that. It also provides a loophole or wormhole for them to disrupt and slow the burgeoning relationship with China,” he said.

“And Imran Khan has been quite clear that he has no intention of indulging cross border training exercises for the CIA, who are left with nowhere to do their dirty work having been kicked out of Afghanistan,” the analyst said.

“It all connects to the dirty war in Ukraine, using Nazis as proxies, and the long-simmering war on Russia and China,” he said.

“These are all pieces of an ugly puzzle. And it’s really disgusting that they come out and accuse other people of crimes against humanity you know when there is no other force in human history that has acted as badly as the US and its predecessor Empire the British have on the world stage,” Welch concluded

The United States on Friday denied that it encouraged a recent no-confidence vote against Khan, who alleged that Washington had conspired to topple his government over its independent foreign policy towards the US and Russia.

“Let me just say very bluntly there is absolutely no truth to these allegations. Of course, we continue to follow these developments, and we respect and support Pakistan’s constitutional process and rule of law. But again, these allegations are absolutely not true,” State Department deputy spokeswoman Jalina Porter said at a news conference.

Meanwhile, Russia has blasted “another attempt of shameless interference” by the United States in the internal affairs of Pakistan, saying that Washington sought to punish a “disobedient” Prime Minister Khan following his visit to Moscow on February 23-24.

The spokesperson for Russia’s Ministry of Foreign Affairs Maria Zakharova said in a statement issued on Monday that the political development in Pakistan “leaves no doubt” that the United States plotted to topple the government of Khan.

The Russian foreign office condemned the United States over its involvement in an alleged conspiracy to overthrow the Pakistani government.

On Friday, Khan said he accepted a Supreme Court ruling that will likely see him ousted from office, but stated he was the victim of a “regime change” conspiracy involving the United States.

The National Assembly will sit Saturday to decide Khan’s fate. He is almost certain to lose a no-confidence vote following the defection of a coalition partner and several of his own party members. The session was ordered by the Supreme Court on Thursday.

In a 40-minute address to the nation on Friday, Khan accused the opposition of buying support in the National Assembly with “open horse-trading… selling of lawmakers like goats and sheep”.

He said they had conspired with the US to bring the no-confidence vote because of his opposition to US foreign policy.

Addressing a large rally in the capital Islamabad late last month, Prime Minister Khan accused an unnamed “foreign power” – in a clear reference to the United States – of funding a “conspiracy” to topple his democratically-elected government.

He said the “foreign power” sent millions of dollars to opposition parties to launch a no-confidence vote against him in the parliament.

Khan, who had formed a coalition government after winning the election in 2018, said he was the subject of a “foreign conspiracy” aimed at dislodging his government and that “funding was being channeled into Pakistan from abroad.”

“We have been threatened in writing but we will not compromise on national interests,” said Khan, who met with Vladimir Putin in Moscow on February 24, the same day the Russian leader ordered a military operation in neighboring Ukraine.

Before that, Khan visited Beijing in January, defying US President Joe Biden’s call for a diplomatic boycott of the Winter Olympics.