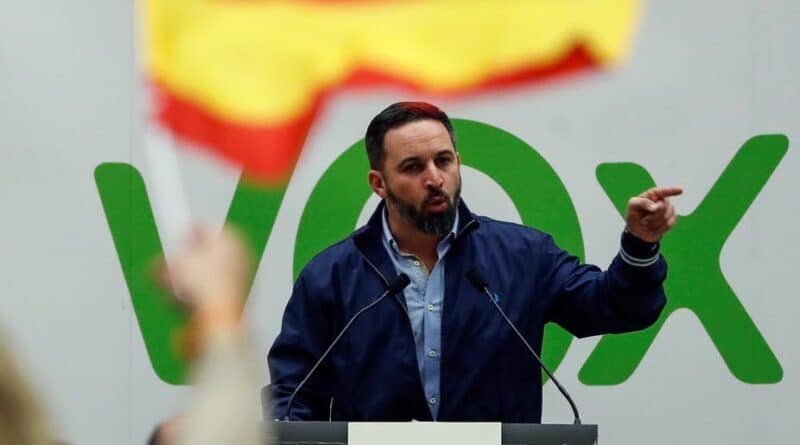 On Friday, August 6, WikiLeaks released more than 17,000 internal and confidential documents from two ultra-Catholic Spanish organizations that show that “big business” donations made possible the creation of the Spanish far-right party VOX.

The leaked documents, which are from 2001 to 2017, belong to the ultra-Catholic organizations Hazte Oír and CitizenGo, and include information on propaganda and fundraising campaigns, internal instructions on the management of adverse information, presentations and letters addressed to international partners, amongs other things.

Spanish newspaper Público explained in its exclusive publication that all the information has been corroborated by Wikileaks and by the media outlets that collaborated for months in the investigation.

The documents highlight the names of all the donors, including some foreign business magnates, who financed Hazte Oír, an organization founded by Ignacio Arsuaga Rato, nephew of former Spanish Vice President Rodrigo Rato, who in 2018 was sentenced to four and a half years in prison for corruption charges, and who is a friend of VOX leader Santiago Abascal.

Arsuaga also participated in the formation of the international ultra-Catholic platform CitizenGo, created in 2013 to disseminate ultra-conservatism beyond Spanish-speaking countries. It now operates in 50 countries and has permanent headquarters in 15 cities around the world.

“Both Hazte Oír and CitizenGo run their campaigns and other work under the guise of family values but it is clear through the document set that their values are rooted in an extremely ultra conservative Christian context,” declared WikiLeaks in its press release about the leaks.

‘Where policies are hatched’
Regarding the motive of WikiLeaks for releasing the documents, Icelandic journalist Kristinn Hrafnsson, editor-in-chief of the investigative organization, commented, “As ultra right wing political groups have gained strength in recent years with increasing attacks on women’s and LGBTQI+ rights, it is valuable to have access to documents from those who have lobbied for these changes on a global basis. The people have a right to know where political policies are hatched.”

The leaked documents also reveal the collaboration of Hazte Oír and CitizenGo with the US-based Howard Center for Family, Religion and Society, for the purpose of celebrating the international conference of the World Congress of Families (WCF) in Spain in 2012.

WikiLeaks pointed out that the WCF brings together right-wing organizations that lobby against LGBTQI+ rights and women’s reproductive rights.

The WCF was labeled as a “hate group” by the US human rights organization Southern Poverty Law Center, while the foundation Human Rights Campaign considered it one of “the most influential American organizations involved in the export of hate.”

According to Público, for the WCF conference held in Spain, there exists a list of “Big Big Donors” with the names of 209 individuals who contributed “to the finances of the ultra-Catholic organization with thousands of euros.”

A few of the most well-known donors, who contributed the largest amounts to the WCF, were:

Apart from these, Público revealed names of other millionaire donors of Hazte Oír, such as Bernard Meunier, currently executive vice president of Swiss multinational Nestlé, who in 2012 was a director of Nestlé’s Spanish subsidiary Nestlé Península Ibérica; Ignacio Esquer De Oñate, secretary of the board of directors of Spanish fertilizers manufacturer Fertiberia; Javier Javaloyes, former executive director of Spanish companies Agencia Negociadora and Reacciona Group that provide mortgages and loans; and Luis Vilaclara Pont, administrator of a dozen of real estate companies based in Spain. In addition, Público published Arsuaga Rato’s 2013 letter to Russian multi-millionaire Konstantin Malofeev, founder of private equity firm Marshall Capital Partners and president of ultra-right media group Tsargrad, asking him for a donation of €100,000.

Público asserted that the Wikileaks investigation concludes that “many millionaires participated in the rise of the Spanish extreme right.”