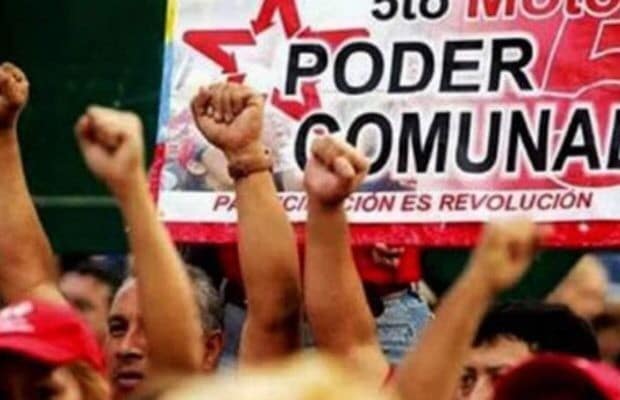 A shameful article of “opinion,” published on December 23 in Panam Post, predicts “The Last Christmas by Nicolás Maduro.” In a frenzy of insults and paranoia, the “journalist” openly suggests several ways to achieve what had already been attempted with the explosive drones on August 4. He writes: “It is becoming more and more visible that Maduro is not supported by his allies, they do not want him, but less they want him imprisoned and that is why they will prefer him dead. A deterioration of health, an accident, a successful false flag attack, an “internal” and “extraordinary” transition, a trigger that ends up closing the coffin in which he is already in.”

It is a “false positive” ingeniously constructed in the purest “Colombian style,” which already suggests a guilty party– Iván Hernández Dala, current head of Casa Militar, one of those sanctioned by the European Union– and a manipulator, the government Cuban.

Propaganda of war that must change the cards on the table, presenting an upside down reality in which the repressors turn out to be liberators. And so, Iván Duque, the puppet of Uribe, who now governs Colombia in the name of the United States, seems “the only one who wants Maduro alive: because he wants to imprison him. And he wants to put him in jail because – … listen, listen! – intends to reinforce its ideal of a globalized world under the banner of multilateral organizations like the one in which the president of Colombia worked from Washington, multilateral organizations such as the International Criminal Court could become. Duque not only tries to put a criminal in jail, but also tries to give a strong message, that no ruler can put himself above international law.”

We spend space for this garbage information, since it summarizes well, in method and in merit, the nature and form of the media war unleashed against the Bolivarian government, and especially against its legitimate president, in the course of the year that ends: in Venezuela and internationally. A campaign of incitement to hatred and murder, based on the loss of prestige and the paradigms that have always motivated the imperialist aggressions: updated, however, to a present in which the essence, the class struggle, is diluted in a game of mirrors to push in the labyrinth those who could determine success.

As an initial whistle of the party, we can identify the rupture in the dialogue between the government and the opposition, which took place in the Dominican Republic last February. When the text of the agreement was ready to be signed, a whistle from the American owner, a phone call from the Trump administration, brought Julio Borges and other opposition representatives to the backyard. The hawks of the Pentagon had decided to adopt the hard line, this time, not with the violence of the guarimbas financed in 2017, but with the international siege: without neglecting, however, the military side, with the attack of the explosive drones, the August 4th.

A strategy that went through the contempt, point by point, of the agreement already reached in the Dominican Republic: first, the date of the presidential elections, which had been one of the main demands of the right-wingers. Initially scheduled for April, the presidential election is postponed until May 20, in another unilateral gesture of goodwill, decided by the Bolivarian government.

However, the mud machine was already under way, with the complicity of some actors: the Secretary General of the OAS, Luis Almagro, some former presidents of the neoliberal countries of Latin America and the representatives of the great international institutions that determine the decisions of the European Union.

In February, the Permanent Council of the OAS approved a resolution against Venezuela, which highlights the terms of the attack, the snipers, the traitors and the contenders. The main refrain is that of “human rights”, which seeks the condemnation of Venezuela in all international organizations. The former Attorney General Luisa Ortega and the Supreme Court of Justice, self-proclaimed “in exile,” act for this reason. Another important and insidious front is that of the so-called humanitarian crisis determined on the borders by Venezuelans who leave the country, a departure described as “a biblical exodus” and presented as a factor of instability for the countries in question.

For this reason, governments that finance xenophobic and repressive policies against economic migrants who try to enter their countries (from the US to Europe), suddenly become philanthropists and assign rivers of dollars and euros for this purpose. The attempt to create an emergency situation that justifies the military invasion and leads to the balkanization of Venezuela seems evident, igniting, as it happened before, the states of the so-called “half moon.”

At the same time, there is an escalation of sanctions, motivated by the classic pretexts: drug trafficking, corruption and even the financing of terrorism. The diligent Almagro, who in December was expelled from his party, the Broad Front of Uruguay, has recently come to request an investigation to verify if Venezuela complies with the nuclear agreements, to repeat the scheme on “weapons of mass destruction” with the that Iraq was destroyed.

It is worth mentioning some dates here. On January 29, the United States Department of the Treasury said: “The campaign of pressure against Venezuela is bearing fruit. The financial sanctions we have imposed have forced the government of that country to default, both in terms of sovereign debt and PDVSA. And we are witnessing a total collapse of Venezuela. So our policy works, our strategy works and we will keep it.”

On February 2, financial sanctions are extended to Venezuelan companies. The restructuring and renegotiation of the debt is prohibited and also that of PDVSA that was decided before August 25, 2017. In March, 15 Venezuelan boxers can not participate in the Central American and Caribbean Games finals because they can not reach an agreement. with travel agencies that increase the price of tickets (from $ 300 to $ 2,100 per person), and also because, despite the availability of a private company to transport athletes with a charter, Colombia, Panama and Mexico prohibit the passage in their air space.

On March 2, the United States renewed for a year Decree 13692 (with which Obama called Venezuela “an unusual and extraordinary threat to the security of the United States”) and decree 13808 issued by Trump, which defines new coercive measures against the financial stability of Venezuela.

The Office of Financial Crimes of the United States (FinCen) warns global financial institutions that transactions with Venezuelan public institutions will be investigated for corruption. An accusation, unfounded and unproven, that aims to limit the payment to pharmaceutical and food companies to stop importing these products. And so, 1.65 billion dollars are frozen from the Venezuelan state for the payment of imported goods.

On March 19, Trump signs Executive Order 13827 that prohibits all citizens and institutions from making financial transactions with the Venezuelan crypto-buyer Petro, before it is commercialized in the cryptocurrency market. A unique decision in this market. On March 27, the government of Panama (a country of tax havens …) publishes a list of 16 Venezuelan companies accused (without proof) of laundering dirty money and financing terrorism.

On April 19, Steven Mnuchin, Secretary of the Treasury of the United States, meets with representatives of Argentina, Brazil, Canada, Colombia, France, Germany, Guatemala, Spain, Italy, Japan, Mexico, Panama, Paraguay, Peru and the UK. Demand “concrete actions to restrict the capacity of corrupt officials in Venezuela and their support networks.” The objective is to financially block Venezuela, whose president, says the government of the United States, does not have the legitimacy to request credits in the name of his country.

In May, 9 million dollars are frozen, destined by the Venezuelan state to treat dialysis patients. In the same month, from Italy, Banca Intesa San Paolo blocks the money for the Venezuelan pavilion at the 16th Venice Architecture Biennial.

On May 21, after the presidential elections of Nicolás Maduro for a second term and the new victory of Chavez, Trump increases its dose: it prohibits US citizens and businesses from buying property belonging to the Bolivarian government in the United States. On June 25, the European Council approved Resolution 2018/901 that sanctions members of the Venezuelan administration, including those operating in the food sector, in line with the United States of November 9, 2017, aimed at block the purchase of food by the Bolivarian government.

On November 11, Trump signs a new decree that authorizes the Treasury Department to confiscate the properties of operators in the gold sector in Venezuela, without any accusation of irregularities. The objective is to block the Orinoco mining arch, where the second gold reserve in the world is kept, one of the engines to recover the Venezuelan economy.

With the usual cynical hypocrisy of a government that promotes fracking and trampling on minority rights every day, US Undersecretary of the Treasury Marshall Billingslea says that, instead of protesting this measure, “we should be outraged by the damage caused to the environment and indigenous peoples. ” On September 11, the Central Bank of the United Kingdom refuses to return 14 tons of gold to Venezuela, cutting the equivalent of 550 million dollars: with the arrogant colonial explanation that a “corrupt and drug-trafficking government” could use the money in inadequate way.

In December, Maduro denounces to the international press a detailed plan, devised by the United States Security Adviser, John Bolton to assassinate him, and shows mercenary training camps established in Colombia. Bolton, one of the hawks of the Pentagon, has promised repeatedly to cancel the “troika of the dictatorial governments of Cuba, Venezuela and Nicaragua.”

On the one hand, there are the reactionary forces, which try to prevent the appointment of Maduro on January 10, on the other side go the forces of popular power, which have manifested throughout the year in the various congresses held by all sectors in Venezuela: women, workers, students, youth, peasants, indigenous peoples … A maturity demonstrated in the IV Congress of the PSUV, which focused on the political, theoretical and ideal resurgence of Bolivarian militancy and also in the organization of international solidarity.

To conclude the year (and in response to the criticism of those who fear a moderate change in the Bolivarian process from the Patriotic Grand Pole), the workers of the Good Year tire factory arrived, accompanied by the Minister to the Social Work Process, Eduardo Piñate. The multinational closed its headquarters in Valencia (in the state of Carabobo) on December 10, but the story had an opposite result to what it would have had in a capitalist country in Europe.

The great world press, still, will not give news, as well as it will not spread the sentence with which, a few days ago, the opposition newspaper El Nacional was forced to apologize to the president of the Constituent National Assembly, Diosdado Cabello, unjustly slandered as “narcotrafficante.”

Along with Maduro, Cabello spoke at the Bolivarian Congress of the Peoples, showing which are the forces that accompany and support the Bolivarian process despite its limits, errors and inevitable fatigue. “Today, affirmed Diosdado, we can tell the world that the revolution is becoming stronger every day in the hearts of the people.”

This year, Venezuela has reached the goal of 3,000 communes. And it will be the comuneros who will soon organize a congress to protect against corruption and interference in the border states of Tachira, Mérida, Zulia, Amazonas and Bolívar.