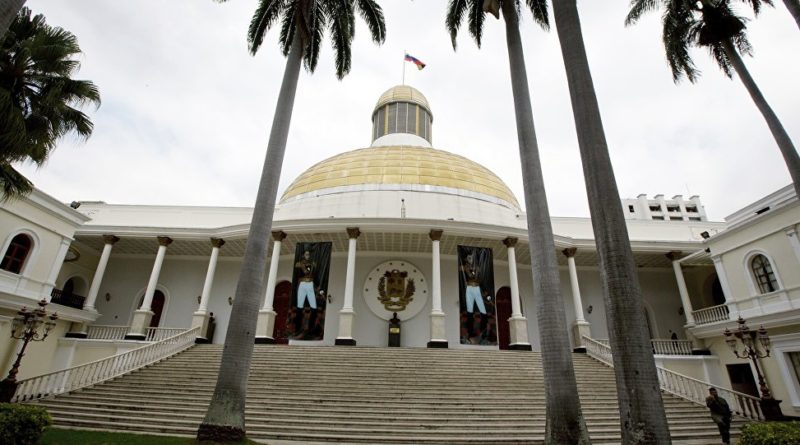 Until now, in the national debate political changes constitute a condition for the economic changes that the country needs. But in a year of crucial parliamentary elections, the sequence is the other way around: the probability of an economic change grows with the political-electoral scenario of 2020 . The ruling party is determined to electorally reap the impression of economic improvement that is being felt in the country and to that end it will make exchange controls and prices more flexible, and will open the economy to national and foreign private investment.

With the elimination of trade tariffs, it has practically freed foreign trade. Given the spraying of the national currency, it has allowed the dollarization to advance so as not block sale and purchase transactions in USD due to lack of bolivars. In this new environment, trade reflects signs of improvement and, if openness and liberalization continue, it is quite likely that by 2020 the Venezuelan economy will stabilize and begin to grow .

To continue with dollarization, the government will surely authorize the opening of foreign currency accounts in national bank so that payments for transfers that are currently made through foreign accounts can be made through them. This will ensure that more currencies enter into circulation, instead of moving from one account to another in the international banking system.

Once the commercial credits are indexed to the evolution of the official exchange rate, the next step will be to authorize the granting of foreign currency credits, including credit cards. The free movement of foreign currency in the national banking system will allow residents in Venezuela to receive deposits, make transfers, issue checks, make withdrawals by ATMs.

Incentives for foreign investment to relieve sanctions
The Maduro government wants to take advantage of the lobbying capacity of large oil companies to make the sanctions against PDVSA more flexible and thus lift the extraction of crude oil. The incentives offered to foreign investors can translate into growing pressure on the Trump Administration to make financial and commercial sanctions more flexible and moderate.

To alleviate the weight of public debt, the government can stimulate the conversion of debt into investment, delivering as part of payment a percentage of the shares it owns in mixed and public companies that would be managed by the private investor. Through the Concessions Law, the operation of hotels, ports, airports, highways, etc. can also be transferred to private investment.

In 2020, Venezuela can enter into a process of chinazation of the economy in which a government that ratifies its socialist character, stimulates private investment with tax, exchange, tariff and other incentives that contribute to economic recovery, the generation of new sources of employment and foreign exchange earnings for the country. This would expand the spaces for a market economy in which property rights and corporate profits are respected.

Allow private majority in FPO projects
PDVSA’s transnational partner companies in the Orinoco Oil Belt (FPO) joint ventures have complained about PDVSA’s tight control over the operation of the fields, which translates into bottlenecks that affect crude oil production.

Operating oil fields properly requires a lot of efficiency when making exploration, drilling and extraction decisions that require contracting suppliers, acquiring equipment, building works. These are hampered by the network of controls that govern public companies, which become a breeding ground for influence peddling and corruption.

By not having qualified personnel, key issues remain in inexperienced hands that make the wrong decisions and affect the good progress of the oil industry.

As if that were not enough, due to the sanctions, these operations of purchase of goods and contracting of works are further complicated. A margin of maneuver to overcome such obstacles would be to transfer the handling of these operations to a private partner, but this would have to be the majority shareholder. In a context in which the PDVSA accounts are very restricted by sanctions, by reducing state participation, the private partner would have greater flexibility to mobilize resources in international banks.

For this reason, the government assesses the desirability and feasibility of advancing a reform of the legal and regulatory framework . Some proposals focus on reforming the Organic Hydrocarbons Law to allow the majority participation of the private investor, while for others it is enough to modify the terms and conditions of the mixed companies’ contracts to eliminate the clause that prevents PDVSA from “transferring its function as operator ”of the oil areas.

The crux of the matter is that investors demand to approve contracts in the AN (National Assembly) and not in the ANC (National Constituent Assembly) , which is an additional pressure to lift the contempt condition in which the Venezuelan parliament is currently.

In this context, there is a favorable scenario for the achievement of political agreements that reinforce the international lobby to make the sanctions on PDVSA more flexible. In the government there is wind in favor of this openness and liberalization . The motivation is that at the end of 2020 – just in the prelude to the parliamentary elections – the recovery of oil production, the economic recovery, the overcoming of scarcity, the impression of abundance and the control of hyperinflation are the best credentials of the official candidates to increase their probability of winning the deputation in their respective circuits and thus lead the Government to regain control of the National Assembly .

With an opposition worn out and divided by its internal struggles, any mirage of economic improvement can contribute to increasing the option of the official candidates for Maduro to regain control of the Legislative Power. This would be the end of Juan Guaidó as President of the AN and the strategy that led him to the interim Presidency with the recognition of more than 50 countries. Without a doubt, a powerful incentive for the Maduro government to deepen the liberalization and opening of the oil industry and the national economy.