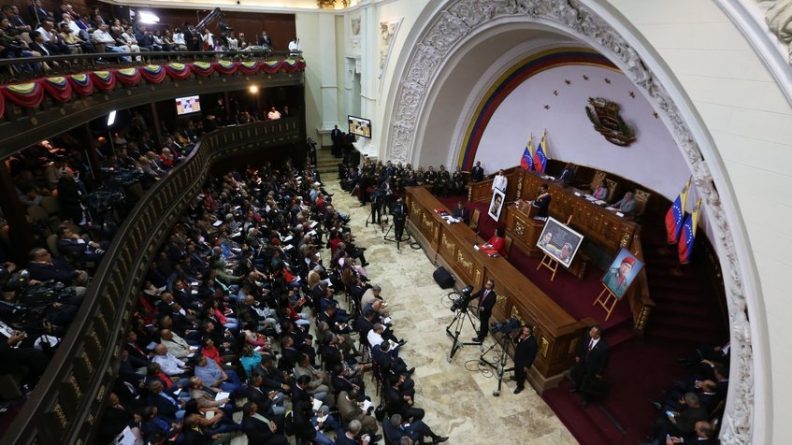 75.2% of the national budget for 2019, in 1.5 trillion dollars, is intended for social investment, highlighted the president of the Economics Committee in the National Constituent Assembly (ANC), Andrés Eloy Méndez.

As part of the social protection policy implemented by the Government, the budget contemplates the goal of reaching 5 million pensioners by the Venezuelan Institute of Social Security (Ivss).

“Within the annual budget is contemplated five million [pensioners] thought for next year. We will keep the numbers of inclusion “, he said during the ordinary session ANC, where the Budget Law of Fiscal Year 2019 was discussed.

In addition to this, “the six million families protected by the Homeland Bonds [Patria System] will be maintained, as well as the distribution system of the Local Supply and Protection Committees (Clap) and [we will] strengthen it,” he said.

He stressed that the 2019 budget – which will have approximately 1.5 billion sovereign bolivars (724 million for oil activity, 304 million for senate revenues and 500 million through international public credit) – will protect 7.6 million public education students ( pre-k, elementary and HS) for the coming year.

“In 2018 we opened 300 thousand seats in public schools for those who left private schools,” said the constituent.

Méndez also pointed out that the resources for oil production were calculated based on a daily oil production of 2 million barrels in 2019. Also, the cost of an oil barrel between 55 and 60 dollars.

“We believe it is convenient to resort to the refinancing and reprogramming of our debt for an amount of 276 million bolivars,” he said.

The constituent has highlighted that the new budget does not include large infrastructure projects but it does include maintenance of existing ones.

Indicated that about 20 thousand brigadistas will be activated with the support of communal councils to expand or rehabilitate 500 projects throughout the country “We are going to an economy of maintenance of our infrastructure”.

In addition, a new recovery program of 1,800 public transport units will be executed.