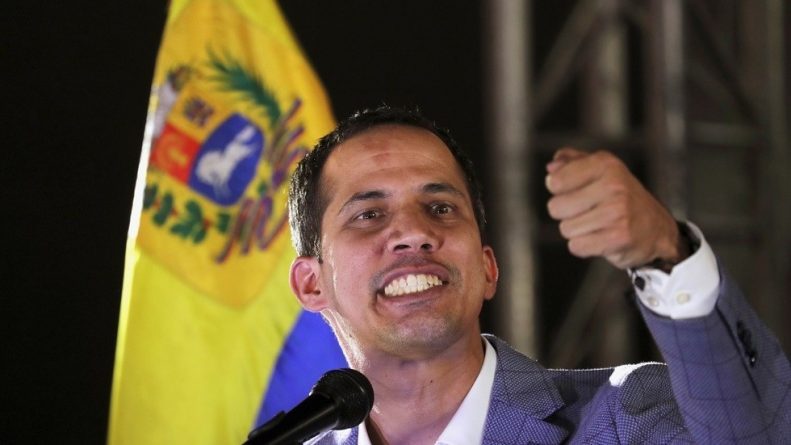 The US-backed ‘interim president’ of Venezuela Juan Guaido isn’t violating the 30-day constitutional limit because the legislature backing him voted to make it not apply, ‘explained’ the US special envoy Elliott Abrams.
Guaido was declared “interim president” by the National Assembly on January 23, under Article 233 of the Venezuelan constitution, which limits the institution to 30 days. But his term did not expire on February 23, because the National Assembly passed a resolution declaring that the 30-day countdown won’t start until “usurper” President Nicolas Maduro steps down, Abrams told reporters at the State Department on Friday.

Asked by AP diplomatic correspondent Matt Lee if that rule can be changed after the fact, Abrams replied, “You don’t get a vote, because you’re not in the National Assembly.”

“You’re not in the National Assembly either!” Lee fired back.

The US recognizes the National Assembly as “the only legitimate, democratic institution left in Venezuela,” Abrams told reporters. The legislative body was last elected in 2015, and Venezuela’s Supreme Court ruled that it was superseded by the Constitutional Assembly elected in 2017 – but Washington has refused to recognize the legitimacy of that election.

The US and 53 of its allies have recognized Guaido as Venezuela’s “legitimate” leader, but even Abrams acknowledged on Friday that he doesn’t actually hold power. Faced with questions about the recognition amounting to only a quarter of the world’s countries, the State Department has repeatedly argued that the number doesn’t matter, because the countries that sided with the US are “democracies” and that is supposed to count for more somehow.

Abrams said the same thing on Friday, calling Guaido’s backers “many of the most influential democracies in the world.”