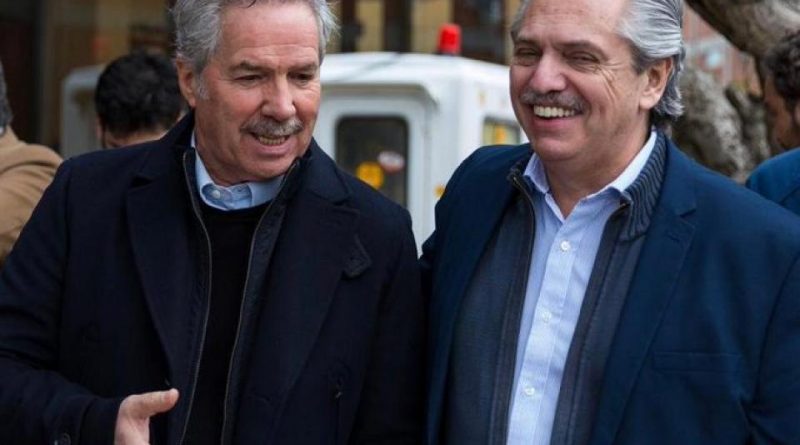 On his first trip as president-elect, Fernández will show his intention to prop up a progressive axis as in the times of Unasur. The Puebla Group meets again at a time of regional turbulence.

Next week Alberto Fernández will show his first cards as president-elect in international matters. First, on Monday, when he will meet in Mexico City with the president of Mexico, Andrés Manuel López Obrador, and the second opportunity will be Friday, when the second meeting of the Puebla Group will start, a group of progressive leaders who will meet in Buenos Aires. In a moment of regional upheaval and crisis of neoliberal models, the president-elect will take the initial steps on his idea of recovering that idea of integration that not long ago served to create organisms such as Unasur and Celac, now abandoned.

Legend says that López Obrador has no passport. His trips abroad in recent years are counted on the fingers of one hand. Recently, for example, he did not attend either the United Nations assembly or the G20 summit. But that does not mean that he has no clear positions on foreign policy. Those who know him say that these positions are very similar to those held by Alberto Fernández. That’s why they both want to meet. They were going to meet during the campaign, but López Obrador preferred to delay it to the moment Fernández was elected president to mind diplomatic forms.

In principle, Alberto Fernández will travel on Friday with whom everything indicates that he will be his chancellor, Felipe Solá, to be received by López Obrador on Monday at the National Palace. It will be the first trip abroad of the elected president, which will send signals in different directions. One, obviously, to Brazil. Traditionally the first destination of Argentine presidents -and vice versa-, Fernández is ignoring it because the relationship with Jair Bolsonaro goes from bad to worse. The Brazilian was one of the few presidents who did not congratulate him on the victory, furious for his militancy in favor of Lula’s freedom. Yesterday he dedicated a new message. Mexico and Brazil, on the other hand, are the countries that traditionally dispute leadership in Latin America. It will also be a signal for the United States: Alberto Fernández will show his intention to strengthen regional integration again and not bet on bilateral ties, as Washington prefers.

As is the case with Alberto Fernández, López Obrador dislikes the Lima Group’s position on Venezuela. In fact, Mexico stopped attending the meetings of that group since last January. AMLO, as he is known in his country, defends the principle of non-interference in the internal affairs of other countries and supports dialogue as the exit to the Venezuelan mess. The elected president of Argentina fully agrees with that idea. Both refuse to qualify the government of Nicolás Maduro as a dictatorship, as pressed by the State Department.

RELATED CONTENT: Bolsonaro Regrets Fernández’s Victory: Argentina “Chose Badly” (How Can One Use Emojis in Headlines?

Upon returning from his trip, from Buenos Aires, the second meeting of the Puebla Group will be held. The first chapter last July, just in the Mexican city from which it took its name. On that occasion Solá, Jorge Taiana and Carlos Tomada were there as representatives of Peronism. About 25 participants have already been confirmed for the event that will be held on November 8, 9 and 10 at the Emperor Hotel. Among those who will travel there will be former presidents such as Dilma Rousseff, Fernando Lugo, Ernesto Samper and Leonel Fernández, and it is hoped that Bolivian Vice President Alvaro García Linera can also do so. The members of the Puebla Group maintain an active WhatsApp chat in which they discuss all the regional policy issues and it allows them to release communications on current Latin American political issues. They were among the first to go out to recognize the electoral triumph of Evo Morales.

From the group, they deny the claims of those who, from the regional right, accuse them of seeking to destabilize governments by promoting mobilizations such as those that occurred in Ecuador and Chile. “There is no conspiracy or anything hidden in the assembly of the Puebla Group. Our goal is to help the unity of progressivism in the region,” said former Chilean senator Marco Enriquez-Ominami, who has been working on organizing the meeting and helping Alberto Fernández in the assembly of his foreign agenda.