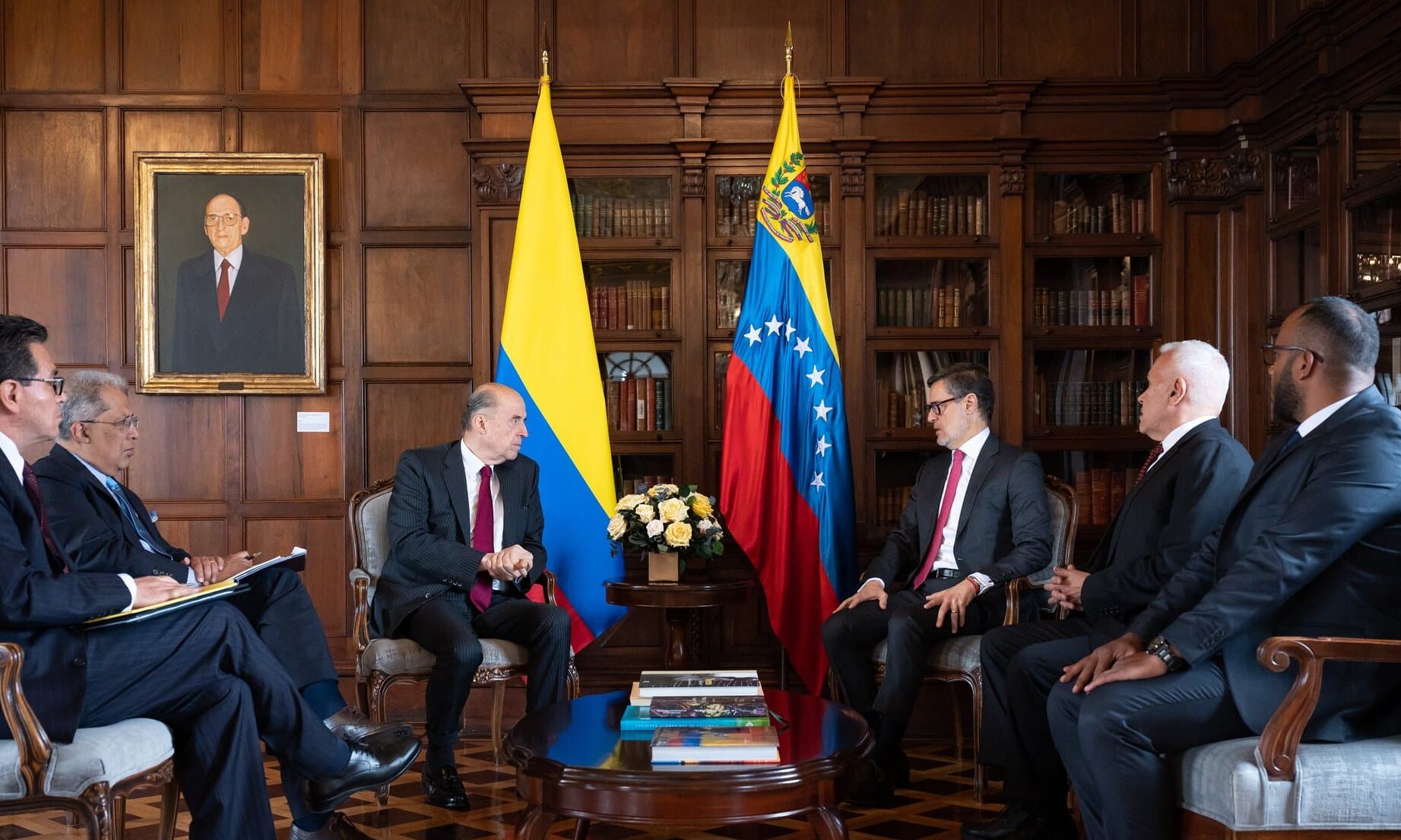 This Wednesday, August 31, Félix Plasencia delivered credential letters to the minister for foreign affairs of Colombia, Álvaro Leyva, that accredit him as ambassador of Venezuela to Colombia.

“The minister of foreign affairs, Álvaro Leyva, received a copy of the Letters of Credence of the new Venezuelan ambassador to Colombia, Félix Plasencia,” the Colombian foreign ministry wrote on its Twitter account.

After leaving the foreign ministry headquarters, Plasencia stressed that this is the first step in formalizing relations, which were broken in 2019 due to the constant interventionist attempts promoted from Colombia, during the government of Iván Duque.

“This is a commitment to brotherhood between neighboring countries … Venezuela and Colombia are the pillars to make the success of the Latin American community a reality,” he stressed in statements broadcasted by Venezolana de Televisión.

On August 28, the Venezuelan ambassador traveled to Colombia, where he highlighted the great opportunity that both nations have to resume diplomatic relations.

Last Monday, Colombian Ambassador to Venezuela Armando Benedetti was summoned by president of Venezuela, Nicolás Maduro, to deliver his credentials.

The reestablishment of relations between Colombia and Venezuela was one of the campaign promises of Colombian President Gustavo Petro.

Both nations have already begun the process of boosting binational trade, especially at the border, for which both governments and parliaments are advancing a work plan.