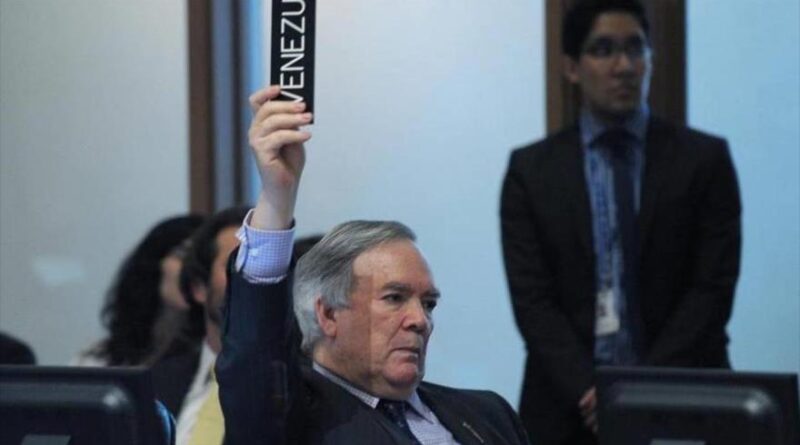 Venezuela’s ambassador in Switzerland, Roy Chaderton Matos, described the US abduction of Venezuela’s diplomat Alex Saab as a horrible and blatant violation of human rights, consistent with past acts of the US administration against citizens and nations across the globe, reported the AVN news agency.

Chaderton recalled that Saab landed on October 16 in the city of Miami, Florida, from Cape Verde, where he had been incarcerated for over a year, following his abduction while he was on an official mission to procure food, medicine and fuel for Venezuela.

RELATED CONTENT: US Courts will Not be Able to Proceed with Charges Against Alex Saab

His plane landed in Cape Verde, because it needed to refuel. However, he was arbitrarily arrested and placed under house arrest, and then behind bars. Subsequently, the US extracted Saab from Cape Verde.

Likewise, Chaderton said that the kidnapping of Saab reveals the contempt of imperialist sectors against the nations of the world. In addition, the United States broke with all the norms of international rules, in addition to violating the principles of human rights.

He also added that, within this scenario, we must consider the permanent attacks on international relations that Venezuela has experienced in recent years. Chaderton encouraged the use of grievance mechanisms to continue counterattacking the imperial sectors.

“These things must be denounced, permanently, there must be people who are subjecting the United States to the same trials that they subject us,” Chaderton said.

Efforts to grant Saab his freedom must not be abandoned, urged Chaderton. “If we continue to reach international audiences to save him and save all those who are under threat from the United States,” he said, “we can feel satisfied to offer him all that international support for his freedom, his salvation.”

Featured image: Ambassador Roy Chaderton during an Organization of American State (OAS) session, where he served as Venezuelan top diplomat from 2008 until 2015. Photo by HispanTV.