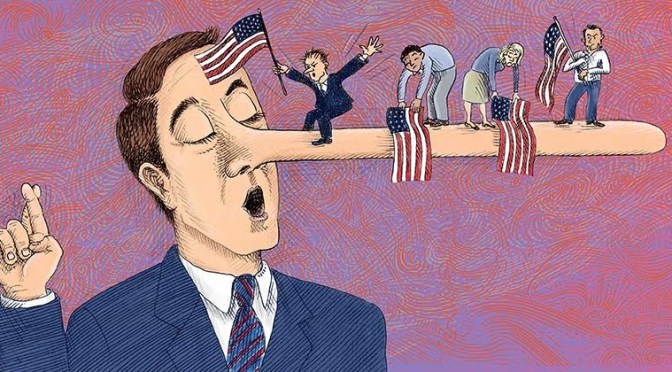 The fondness of the rulers of the United States for the use of lies to justify their actions in the world, constituting, as a general rule, flagrant violations of international law and elementary humanist principles, is well known.

But rarely have the hypocrisy and cynicism of the empire of the North gone as far as when its spokesmen claim that the unduly named economic “sanctions” against countries such as Cuba, Venezuela, Nicaragua, Syria, Iran and North Korea seek to punish their leaders and not their populations.

I corroborate this when I read the very well documented and detailed annual report of the Cuban government to the UN on the damage caused to its people by the blockade. By the way, it is time to recall that Washington euphemistically calls this punitive measure of force an embargo or sanctions, arrogating to itself the right, which no one has conferred on it, to decide who are the good and the bad in the world. I am not going to stop now to explain why it is a blockade and not an embargo. It would be like explaining why bread is called bread. But the term “sanctions” encompasses arrogance, haughtiness and Washington’s obsessive penchant for lies, when it tries to cover up serious violations of international law and human rights under that term, which have no other name than unilateral coercive measures. They are coercive because they are applied by means of force and they are unilateral because they are applied contrary to the UN Charter and other international instruments, in disregard of multilateral organizations—such as the UN Security Council—the only ones empowered to adopt sanctions against third countries in accordance with international norms.

But let us return to what lies at the heart of this allegation: the US lie that sanctions are directed against the rulers and not against the peoples. It was noted that in the period analyzed by the aforementioned report of the Cuban government, between March 2019 and April 2020, for the first time since the report has been debated at the UN in 1993, the impact caused by the blockade on the Cuban economy exceeded $5 billion in one year, and reached $5,570,300,000, an increase of about $1.2 billion over the previous period, a very high figure for a small economy. This increase reflects the boundless hostility and hatred displayed against Cuba by the Trump administration, and is evidence, due to its extraordinary magnitude, of the deliberate objective of causing the greatest possible discomfort, not to the leaders, but to the Cuban people.

The order of magnitude of this figure and the picture of blatant threats and punishments to anyone in the world who dares to do business with Cuba or grant it credit reveals the perverse intention of the measure: to cause hunger, generalized shortages—even of essential medicines—and long lines to buy the most elementary things, with the purpose of provoking a social outburst among the Cuban people and the longed-for change of “regime.” This is accompanied, of course, by destabilization plans, including the attempt of a soft coup, as has been seen in the last few months. They have been at it for more than six decades, if we count from the time they adopted the first measures against the island’s economy, even though the blockade had not yet been formally decreed.

RELATED CONTENT: Biden Should Agree to Request from Rep. McGovern, To End US Sanctions Against Venezuela

The international economic crisis and its notable aggravation due to the pandemic have hurt Cuba, as well as the whole world, but it is amazing the degree to which the blockade can make this situation more painful, especially due to the ferocity that the United States has imbued it with in times of pandemic. Take one example: the Finlay Vaccine Institute had to turn to suppliers in third countries to purchase US-made products. To do so, it paid $894,693, whereas it could have saved $178,938 if it had purchased them in the United States.

This is just one case, since Cuba’s efforts to combat the pandemic have been significantly limited due to the provisions of the blockade, especially the extraterritorial ones, which have allowed Washington to deliberately deprive Cuba of mechanical ventilators, masks, diagnostic kits, glasses, suits, gloves, reagents, and many other supplies needed to deal with COVID-19.

Under these adverse conditions, Cuba not only has the lowest COVID mortality rate in the region, but also provides mass vaccination to its population with products created by its own scientists—in addition to providing the support of its doctors to more than 50 nations to fight the disease. In a few days, the United States will once again receive at the UN the world’s rejection of this policy, which it classifies as genocidal under the Geneva Convention of 1948, and as a crime against humanity under the Rome Statute of the International Criminal Court. Yes, Mr. Biden.