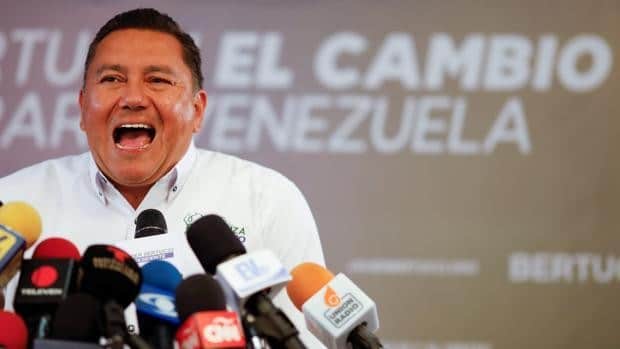 This Thursday, May 27, Venezuelan deputy to the National Assembly (AN), Javier Bertucci, said that the policy of the United States with respect to Venezuela will change in the coming months, and that between June and July, high-level officials from Joe Biden’s administration are expected to  visit Venezuela.

“The policy of the United States is going to change in the coming months, because they want results and have not seen them in the last two years,” said Bertucci, who is also a member of the AN Special Commission for Dialogue, Reconciliation, and Peace, in an interview granted to Sputnik.

“There are some issues that we are advancing with the United States, such as institutional visits by high-level government agencies, which may take place between June and July of this year, so that they may verify the political situation in the country, hold meetings and receive first-hand information,” he added.

Bertucci did not offer specific details regarding the US officials who might visit the city of Caracas. However, he noted that the White House “is not willing to maintain uncertainty in its policy towards Venezuela.”

“We are working from the Democratic Alliance, made up of 23 opposition parties, from the national dialogue table, and from the special commission for Dialogue, Reconciliation and Peace of the National Assembly, and we are actively at this time building those bridges to achieve that visit to Venezuela,” said the deputy.

Bertucci’s statements referring to an alleged change of route in the policies of the United States government, following its fruitless management of the far-right former deputy Juan Guaidó, follow the same line of what was declared Tuesday, May 25 by US Senator Chris Murphy.

According to Murphy, the recognition of former deputy Guaidó as the “interim president” of Venezuela by the US, as well as the imposition of sanctions on the administration of President Nicolás Maduro, was nothing more than a failed strategy.

“All we did was play all our cards on day one, and it didn’t work,” said the Democratic senator in the US Congress. “And it’s just been an embarrassing mistake after mistake since.”

“First, we thought that getting Guaidó to declare himself president would be enough to topple the regime,” added Murphy. “Then we thought putting aid on the border would be enough. Then we tried to sort of construct a kind of coup in April of last year, and it blew up in our face when all the generals that were supposed to break with Maduro decided to stick with him in the end.”

The legislator, in this sense, recognized that Guaidó does not control the government or the Army and does not even hold a position. “We just have to be clear that our Venezuela policy over the last year and a half has been an unmitigated disaster,” admitted Murphy.