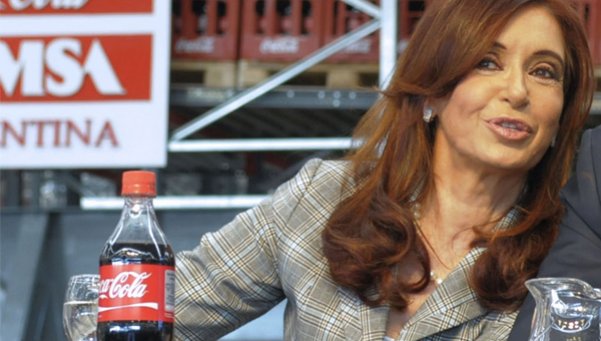 The former president, candidate for vice president for the Front of All party, said in La Matanza that “the next Argentina is difficult and complex” and launched several darts at the management of Macri’s Cambiemos party.

The candidate for vice president for the Front of All, Cristina Kirchner, referred to the crisis that is going on at one of the Coca Cola bottling factories in Argentina and launched a dart loaded with irony to President Mauricio Macri, saying “you have to be terrible to send Coca Cola to banckrupcy. ”

Before the auditorium of the National University of La Matanza, the former president reviewed the works promoted by her husband and predecessor, Nestor Kirchner, in that district and recalled that in the Central Market they had inaugurated “the entire distribution plant” of Femsa, a Coca Cola bottler who currently announced crisis prevention measures.

“These people (Macri’s government) melted it (send it into bankruptcy), yes. You have to be terrible to melt Coca Cola. Over there you open a restaurant or a factory of something that people do not like and you can go to bankruptcy, it happens to any government, but Coca Cola? … “, the leader said during a presentation of her new book.