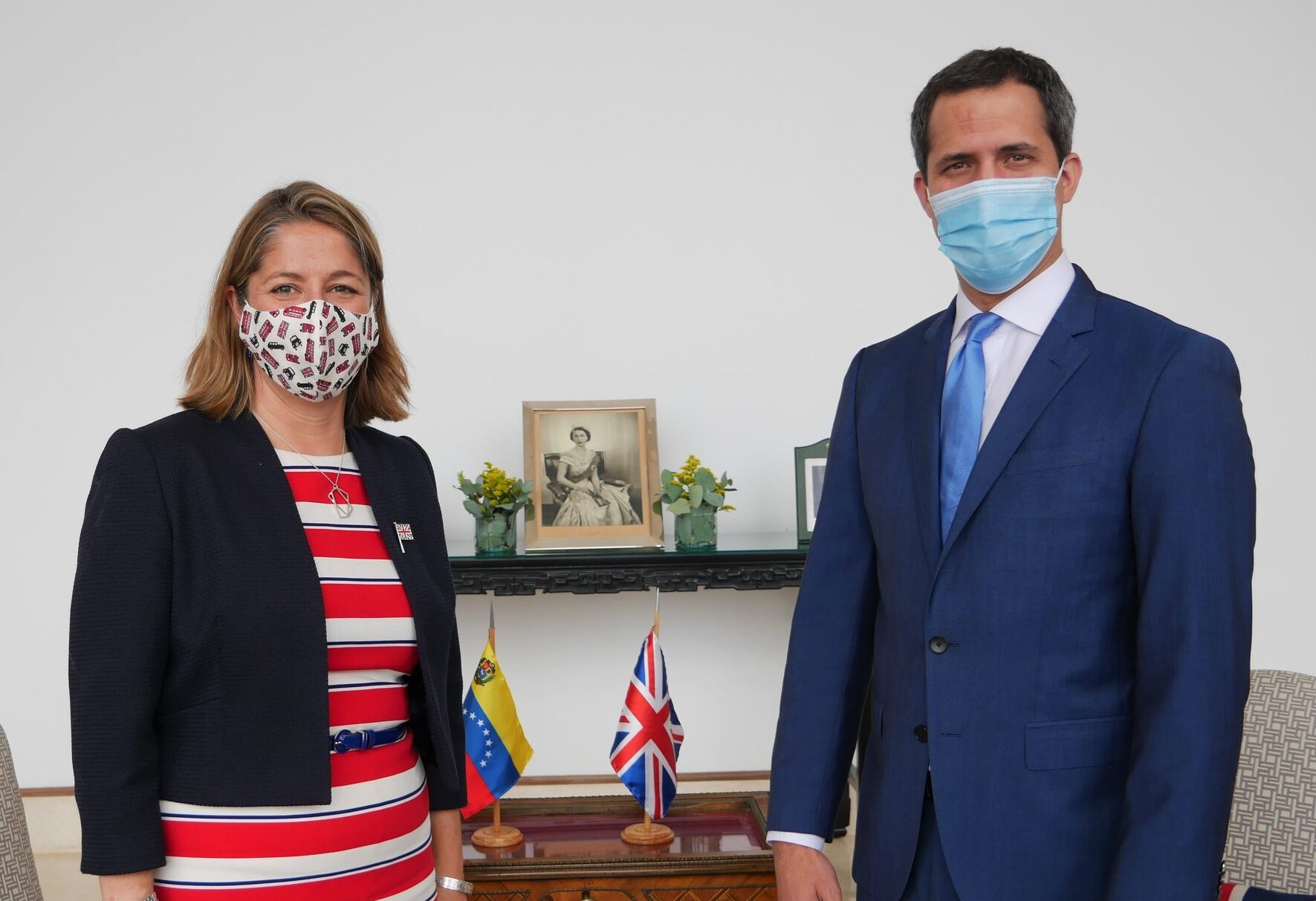 “President? Constitutional? I did not know that Narnia had a Constitution,” jokingly replied the Venezuelan top diplomat who asked if this meeting was to justify the theft of Venezuelan gold that is being illegally seized by the Bank of England. “A whole anti-diplomatic circus,” Arreaza wrote on Twitter.

The Government of the United Kingdom reiterated last July its “unequivocal” recognition of Guaidó as “president in charge” of the Bolivarian Republic of Venezuela. This decision undoubtedly influences the response to the Venezuelan Central Bank’s demand for return of the two tons of Venezuelan gold illegally seized by the Bank of England.

The new UK head of mission in Caracas (as Charge d’Affairs), Rebecca Buckingham, was given the green light by the only Venezuelan government headed by President Nicolas Maduro and met with Yván Gil, deputy minister for foreign affairs for Europe on August 5. But less that two weeks later, she met with Juan Guaido, calling him the “constitutional interim president” of Venezuela. The Venezuelan constitution does not have such a figure. According to experts, this is a clear violation of Article 41 of the Vienna Convention on Diplomatic Relations:

UK's recently appointed (green-lighted by President Maduro) top diplomat tweets about a meeting with the "constitutional interim president of Venezuela." It is clear that UK pirates want to keep 2 tons of gold robbed by the @bankofengland . She should be declared PNG. #NotAJoke https://t.co/wJ8sODI46Y

According to Buckingham’s posts on social media platforms, she met with former deputy Guaidó in a “cordial and productive” fashion and did not refer to the Venezuelan gold illegally retained by the Bank of England. She added that the meeting was “reaffirming UK’s support to the efforts to achieve a democratic solution to the crisis in Venezuela through free and fair elections.”

A diplomatic expert consulted by Orinoco Tribune said that “an incident like this is more than enough to declare any diplomat in any country ‘persona non grata’ according to the Vienna Convention on Diplomatic Relations. This means that the diplomat is given 72 hours to leave the country. Of course, that would immediately bring a similar retaliation from the UK’s Foreign Office.”

Rebecca Buckingham’s career background
The profile of the current UK Chargé d’Affaires in Venezuela is no less alarming. According to an investigation released by Venezuelan news outlet La Tabla, she was an officer in the British Army between 1990 and 2007 and worked in the Ministry of Defense of her country. In addition, she is considered an expert in “development programs” in countries where “hybrid wars” are taking place.

Furthermore, La Tabla specified that Buckingham “was director of the Department for Development in programs implemented for Afghanistan (2015-2017) and South Sudan (2017-2019).” The now diplomat served as director of the DEFEND Project, which is dedicated to data protection, as well as Global Strategy in the Department of International Trade. Moreover, she also has work experience in the Ministry of Justice, in the area of prisons at the Isis prison in London and the Send prison in Woking.