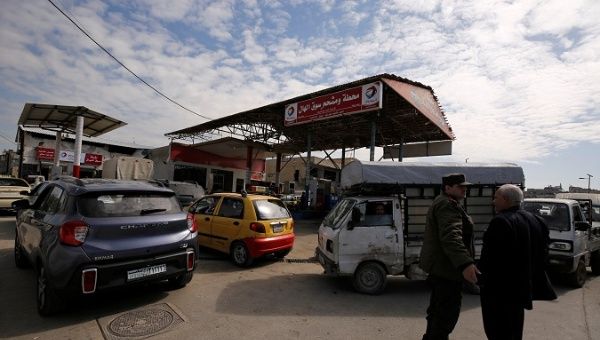 The war in Syria is yet to be over, but as President Assad comes out victorious in the conflict, recent sanctions are strangling regular citizens off the little resources they have left.

Syrians are facing an unprecedented economic war led by the United States, one that has now reached the energy and fuel sector of the country as the Trump administration reimposes new sanctions against Iran as part of reversing the historic nuclear deal.

The country needs 136,000 barrels per day to meet its demand for oil, however, domestic oil production stands at 24,000 barrels per day. Syria is required to import the rest, but after an Iranian credit line has come to a halt six months ago, the country has been isolated.

While U.S. sanctions, imposed since 2011 against the government of Bashar Assad, won’t have any particular outcome on the battlefield, it is aimed to hurt the population and the rebuilding efforts of the country.

In recent months, the government reached agreements with the Kurdish controlled north where many oil fields are located, but it is not nearly enough to cover the daily demand. Meanwhile, the private sector struggles with imports as the United States government threatens harsh sanctions against anyone involved in petroleum shipments to Syria.

The fuel crisis has worsened over the past week as hundreds of cars were left stranded in long lines in front of gas stations across the country.

It is unlikely that recent sanctions will accomplish anything for the U.S. government and are seen entirely as a form of punishment aimed at the Syrian population.

The consequences could be dire and result in a new stream of refugees leaving the country. It would be Europe, once again, paying for the consequences of a derailed U.S. approach towards the Middle East, not the United States itself.

“It is a vicious economic war against us,” Mustafa Hassweiya, head of the state company for distribution of fuel. told al-Ikhbariya TV station in a recent interview.