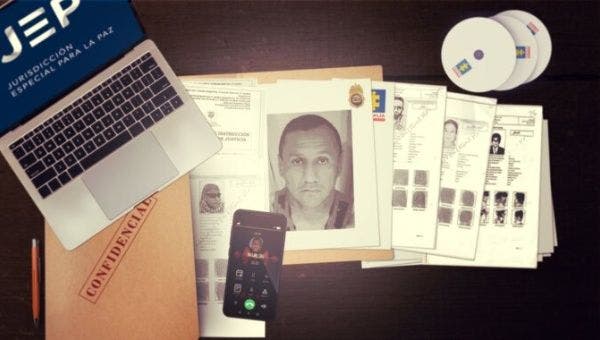 November 9, 2020.-  The U.S. Drug Enforcement Agency (DEA) and the Colombian Attorney General’s Office denied the delivery of audio clips to the Special Jurisdiction for Peace (JEP).

According to the conversations, he was “given some resources because it was not 500 kilos of drugs that he was going to move but 1,000. He was given that yesterday, that is in his custody. But it turns out that he came now alerting about this shit, what I am showing him now,” indicates Marlon Marín Marín.

Marín is the nephew of Iván Márquez, former chief peace negotiator of the Revolutionary Armed Forces of Colombia – People’s Army (FARC-EP), who took refuge as a protected witness after the operation of the US authorities together with the Colombian authorities.

El Espectador had access to the 24,000 audios of the operation carried out between 2017-2018, which are in the file of Jesús Santrich, and which were not delivered to the Special Jurisdiction for Peace (JEP).

Evidence obtained by newspaper El Espectador confirmed that the DEA all but destroyed #Colombia's peace process as part of a plot that would make a B-movie look classy. https://t.co/pYHL48qgwZ

Regarding the case of the ex-Vice President, both Marlon Marin and a Mexican, supposedly the son of drug trafficker Rafael Caro Quintero, linked the Naranjo surname again in a call on March 28, 2018, as if it were an old acquaintance in the world of alleged drug traffickers.

In that call, the winding dialogue between Marin and the Mexican DEA agent was recorded as follows: “I don’t know if his compadre told him how these things are. From the commitment that was made, that responsibility was handed over to the rotten orange,” Marin affirmed.

To which the Mexican asked: “And what does this gentleman have to do with it, well? And Marlon Marín answered: “He has the responsibility of providing the shipment which is two and a half hours away from Bogotá.”

Naranjo himself, who was a negotiator of the Peace Agreement in Havana, stated, “I don’t know Marlon Marín, I don’t know the Mexicans, I was never informed and, given the seriousness of what they are telling me, I am going to the Prosecutor’s Office to ask them to investigate, this is supremely serious.”

The audios of the DEA operation against Santrich were requested by the JEP, but at the time the Colombian Prosecutor’s Office had denied them.