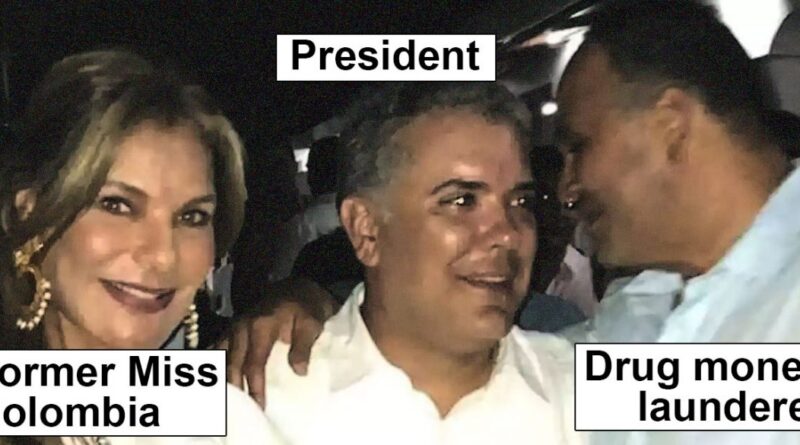 November 6, 2020.- The evidence of ties between Colombia’s ruling party and drug trafficking is so overwhelming that the prosecution invented more charges against the cops who discovered it.

The “Uribista” house of cards

Barbosa is one of President Ivan Duque‘s best friends and has been implicated in the scandal. Any meaningful investigation into the Democratic Center‘s narco plot to rig the 2018 elections could ruin them both.

The evidence discovered by the cops about the far-right party plotting with the drug trafficking organization of Marquitos Figueroa is so compelling it could even send far-right former President Alvaro Uribe, whose drug trafficking ties are almost as old as the cocaine trade, to prison.

Prosecuting Tocarruncho and Velasquez on vague criminal charges has more priorities as discrediting their integrity might prevent the entire “Uribista” house of cards come down.

Barbosa’s office had already charged them for illegally wiretapping three policemen while investigating corruption, but said Thursday it will charge them for allegedly wiretapping five colleagues.

Finding evidence against Uribe has consequences

In fact, finding evidence of Uribe’s allegedly crime-ridden past can get you killed.

Eight potential witnesses who could confirm claims and evidence that the Uribe family has been at the center of organized crime in their home Antioquia province Since the 1970’s have either been assassinated or extradited to the United States.

Barbosa may not be the type to assassinate witnesses, but the allegedly chief prosecutor has yet to show an interest in pursuing justice rather than impunity and perpetual scorn.

Unfortunately for Uribe, his case is being investigated by the Supreme Court, which has never shown much interest in politics.