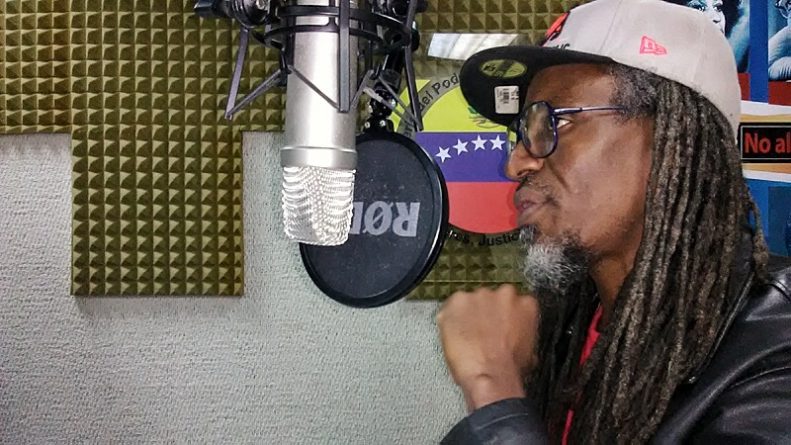 In the framework of the Comprehensive Prevention Plan called “The Drum Route” that is being carried out by the National Institute against Racial Discrimination (Incodir), the Venezuelan percussionist, Diony Bahamonde, assured that there must be a project design by the Ministry of the Popular Power for Education. , to introduces Afro-Venezuelan music in all schools in the country to avoid transculturization.

“There are cultists willing to do this work to prevent crime, early pregnancy and irresponsible fatherhood; It is not a criticism, it is a matter of concern, “said Bahamonde from the program” Cimarroneando Por La Paz “through the radio station” Con Paz Radio “of the Ministry of Interior, Justice and Peace.

He is also member of the Bituaya group, said that among the ways to attack young people who are transcultured unconsciously, is the electro-Caribbean genre, which allows merging others and rescue the Afro-Venezuelan.

“The word is worth a lot, music is one of the few manifestations that comes and touches the fibers of the human being immediately,” said the interviewee.

On the other hand, the also professor of the Experimental University of the Arts (UNEARTE), highlighted the experiences acquired in the diverse popular neighborhoods of the Greater Caracas regardless of their social status, while recognizing the new musical trends.

“I gave classes in Coche, Antímano …. A young man thanked me, because after he played a drum he abandoned the criminal issue. I’m not against the “trap”, but with good lyrics we would be better, “said Diony Bahamonde.

Finally, he mentioned the importance of recognizing family values ​​for the formation of future children of the Homeland, and thus be able to reaffirm the natural roots of society and leave aside the process of decolonization dating from the 1400s.