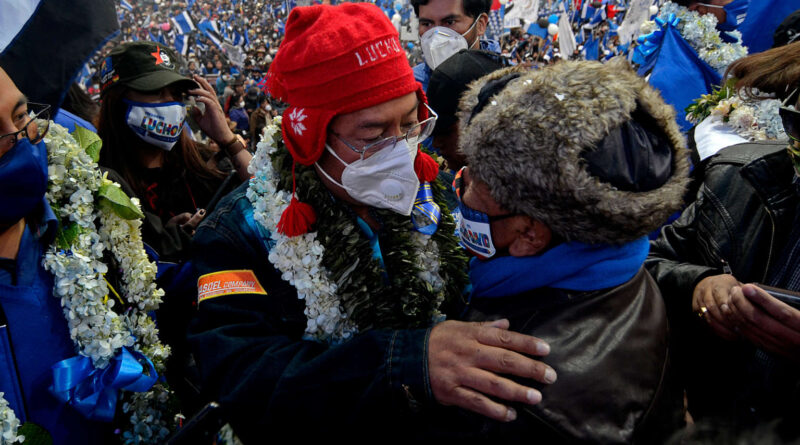 “The Bolivian people made their voices heard in yesterday’s election,” tweeted Sanders, who was among the first members of Congress to condemn the military coup, which was openly applauded by President Donald Trump and Republican lawmakers and abetted by the U.S.-dominated Organization of American States (OAS).

“As minister of economy, Mr. Arce helped slash poverty and inequality,” the Vermont senator added, referring to Arce’s role in Morales’ government. “I congratulate him on his victory and wish him well.”

The Bolivian people made their voices heard in yesterday’s election after a difficult, year-long fight to restore democracy. As minister of economy, Mr. Arce helped slash poverty and inequality. I congratulate him on his victory and wish him well. https://t.co/YeKGB8gqxq

“The results from the quick count are overwhelming and very clear,” saidMesa, who served as president of Bolivia from 2003 to 2005. “It’s a result that we accept and it’s a result that we believe, because of the difference between the first and second [finishers], will not be modified when we know the final results.”

U.S. Rep. Jesús “Chuy” García (D-Ill.) joined Sanders on Monday in celebrating “the triumph of true democracy” in Bolivia and demanded “justice for those persecuted and killed under the Áñez regime,” which seized power following the ouster of Morales and promptly unleashed violent military repression against anti-coup demonstrators.

Celebrations for the restoration of democracy in Bolivia at 2am. pic.twitter.com/FOOInqEFhL

As The Intercept’s Glenn Greenwald wrote Monday afternoon, “It looks as though the margin of victory delivered to [the Movement Toward Socialism party] by the Bolivian people was so stunning, so decisive, that there are few options left for the retrograde forces — in Bolivia, Washington, and Brussels — which tried to destroy the country’s democracy.”

“Anyone who believes in the fundamentals of democracy, regardless of ideology, should be cheering the Bolivians who sacrificed so much to restore their right of self-rule and hoping that the stability and prosperity they enjoyed under Morales expands even further under his first democratically elected successor,” Greenwald added.