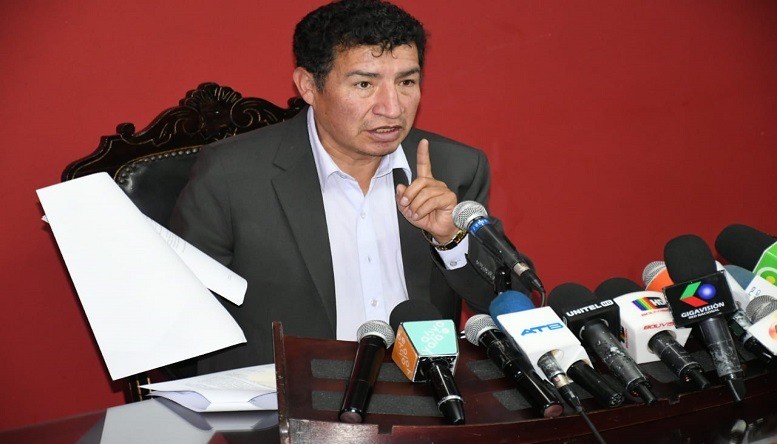 The former president of the Chamber of Deputies denounced the Police and the Public Ministry for Failing to Defend Rule of Law.

The former president of the Chamber of Deputies, Víctor Borda said that the police did not act in a good faith to find the authors of the burning of his house and that the Public Ministry also did not initiate any investigation in this regard, disregarding it was an act against the law.

“When they took my brother hostage, the Police did absolutely nothing, the Public Prosecutor’s Office had to act ex officio, they did not. I doubt that an investigation will be generated at this time. I did not ask for it, I am not going to do it because we know that several authorities did not act on the basis of the law,” Borda told Radio Éxito in La Paz.

This happened on November 10, the day in which a mob burned the house of the deputy in Potosí and detained his brother, which led to his resignation as president of the Lower House.

On the fact that there has been no investigation by the Prosecutor, Borda said, “any prosecutor could have initiated a process because these are crimes of public action and they have not done so. That is why we say that, in those days, unfortunately, there was no rule of law, there was no law enforcement. The police seeing what they were doing, did not stop them (…) that’s why we say they didn’t act under the rule of law. ”