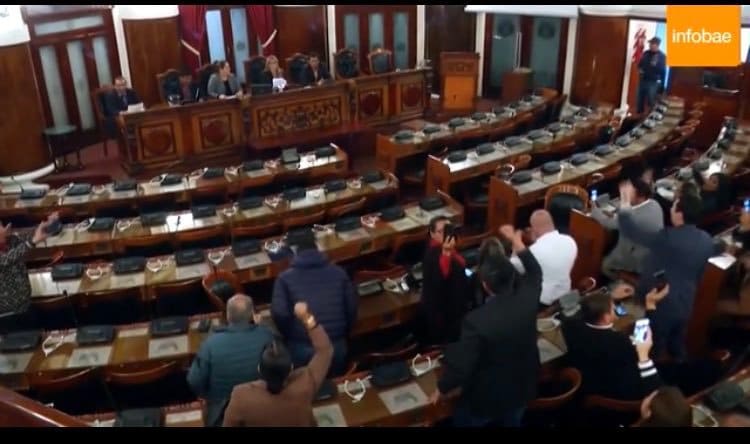 Justice of the Plurinational Constitutional Court (TCP) of Bolivia, Petronilo Flores, reaffirmed that the statement by which the succession of the de facto government of Jeanine Áñez was backed, on November 12 after the coup against Evo Morales, is illegal.

“It has no legal value and is not binding,” Flores said when asked by members of the Plural Justice Commission, the Public Ministry and Defense of the Chamber of Deputies of Bolivia.

The official pointed out that the Bolivian Constitutional Procedural Code only recognizes as binding the sentences, declarations and constitutional orders, so the statement on the succession has no legal relevance.

RELATED CONTENT: The Fraud Machine at Work in Bolivia

Given this clarification, former President Evo Morales recalled that after the coup d’etat, they denounced the unconstitutional action that took place in Bolivia and that, now, the illegality is proven.

On November 12, the TCP issued the aforementioned communiqué in which it declared the way to assume the presidential succession in Bolivia, and Áñez took that as supposed legal support to proclaim herself president.

Featured image: #GolpeDeEstadoBolivia Enter a new phase. The self-proclamation Without quorum, nor deputies of the majority bench, Sen Jeanine Añez, proclaims herself President of #Bolivia.@rolandoteleSUR