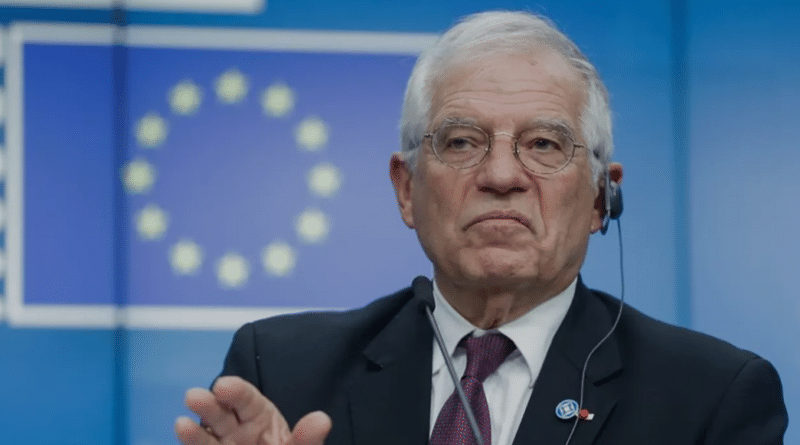 This Thursday, June 17, the high representative of the European Union (EU) for Foreign Affairs, Josep Borrell, applauded the interventionist measures against Venezuela promoted at the International Conference of Donors in Solidarity with Venezuelan Refugees and Migrants, held in Canada.

Through his Twitter account, Borrell expressed agreement with the alleged “support” provided to Venezuelan emigrants in Latin America and celebrated this interventionist initiative, without even mentioning the US and European blockade aggravating Venezuela’s economic crisis.

RELATED CONTENT: Canada-Hosted Donors’ Conference: Venezuelaphobia at the Service of the Billionaire Class

In his message, he spoke of helping Venezuelans living outside of their homeland, but did not mention that migration is largely produced by the economic blockade and unilateral coercive measures of the United States and Europe against the Bolivarian Republic. “As the European Union, we believe that the main solution to the general crisis is through free and fair elections,” he stressed, repeating the narrative attacking Venezuela’s democracy, under Washington’s direction.

At this event, a campaign was launched against the Caribbean American country, through which participants intend to show the world that the legitimate government of President Nicolás Maduro is not vaccinating the population—despite the heroic efforts made by Maduro’s administration to procure vaccines and medical equipment to fight COVID-19.

The most recent incident related to the US and European blockade is the hold authorized by the Swiss UBS bank on 9% of the funding Venezuela paid in full by May, 2021, that has been used as an excused to delay the delivery of much-needed vaccines from the UN COVAX mechanism.

Despite the crimes against humanity constituted by the blockade, Maduro’s administration has achieved outstanding results in the fight against COVID-19, with one of the lowest death rates in the world: only 102 deaths per million inhabitants. This figure is particularly low when compared with that of the United States, which is almost twenty times higher, with 1,852 deaths per million, or when compared to Brazil (2,318), Peru (5,679), Belgium (2,158), Spain (1,724), or Colombia (1,911), according to the statistics of June 18, 2021 released by the website wordometers.info.