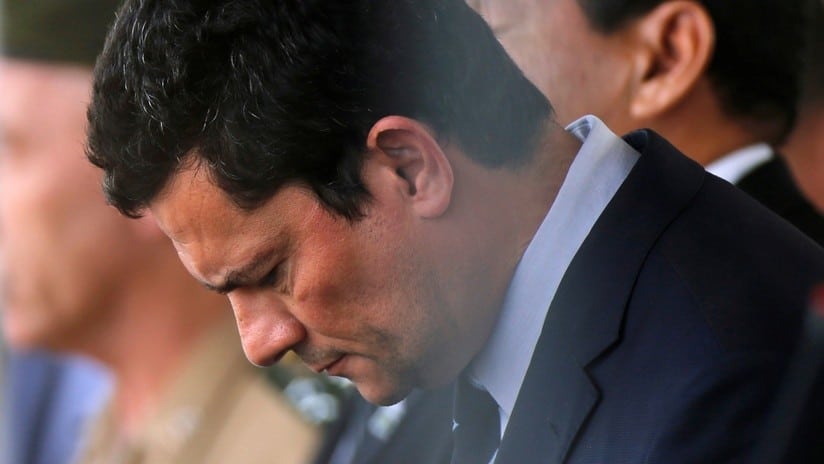 The PT (Workers’ Party) denounces the Minister of Justice and Public Security for having access to confidential information, which is considered a crime, and asks for his arrest.

In Brazil, the Workers Party filed a complaint with the Attorney General for an alleged abuse of Sergio Moro’s authority. The political party denounces the Minister of Justice and Public Security for asking the authorities to destroy the leaks against him, local media reported.

These are the conversations obtained by a group of ‘hackers’ who were arrested this week. The dialogues created a stir because, among other things, they showed the alleged interference of the ex-judge in the Lava Jato anti-corruption operation, and how he coordinated with the prosecutors to imprison former president Luiz Inacio Lula da Silva.

In addition, the PT claims that Moro had access to confidential information, which is considered a crime. “Initially, it is important to highlight the surprising fact that the Minister of Justice has access to the data of a confidential investigation recently initiated by the Federal Police,” highlights an excerpt from the document.

With this background, the party requests the arrest of the minister and his removal from public office. “There is no doubt! Moro is the head of the Lava Jato criminal scheme to destroy Brazilian democracy, and he has been using the post of Minister of Justice without the least shame to try to protect himself,” said Paulo Pimenta, leader of the political bench.

International analyst Marcial Suarez told RT that Sergio Moro’s attempt to intervene in the investigation against him has a negative implication. This situation has raised “some questions because precisely the evidence cannot be destroyed before any investigation has been completed,” said the expert.

Allegedly, the suspects admitted having delivered these dialogues to The Intercept media, which in turn leaked the talks. Later, a new Moro order was known to deport these people considered “dangerous” to the Government, while one of the founders of the portal, Glenn Greenwald, strongly criticized the measure.