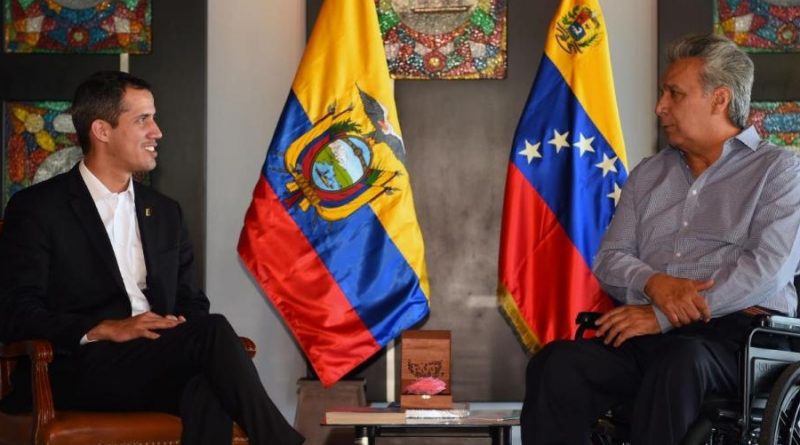 Ecuador approved two types of visas for Venezuelans: a humanitarian one, for those who wish to enter and an exceptional one, which allows temporary residence and is intended for those who are already in Ecuadorian territory and have not violated their laws.

The decree was signed by President Lenín Moreno, who explained that what is sought is to regularize the migratory situation of Venezuelans and added that, according to a United Nations report, the number of Venezuelan migrants in Ecuador reaches half a million at the end of 2019, which “exceeds the reception capacity”.

“As head of state it is my duty to make decisions that guarantee order and security for Ecuadorians and also for migrants with full respect for their rights,” says the newspaper El Comercio de Ecuador.

Moreno also announced that next Monday he will send a reform project of the Human Mobility Law to the National Assembly, which will complement the provisions of the decree, and that Venezuelan passports and other identity documents will be admitted up to five years after their expiration date.

The president also announced a census to know the living conditions of Venezuelans and called on labor authorities to strengthen controls and avoid inequalities in the right to employment of Ecuadorians.

RELATED CONTENT: The Vindictive Campaign Against Chelsea Manning, a US Political Prisoner

The imposition of this visa had already been announced a few weeks ago by the foreign minister of that country, José Valencia.

“The State has a legal obligation to identify the people who enter its territory before the permanent Venezuelan exodus and (also it is connected with) Peru’s decision to impose requirements (on Venezuelans) for their entry, it is necessary to take measures,” he said.

In this way Ecuador joins countries such as Peru, Chile, and Panama, which put restrictions on the entry of Venezuelans.