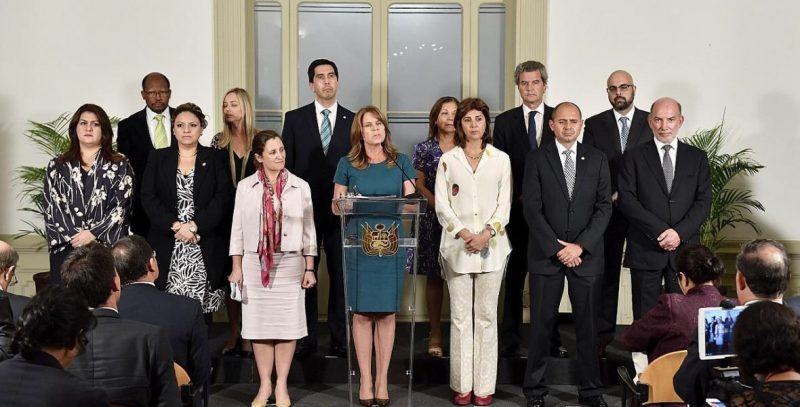 Maybe my Spanish isn’t good enough, but on a quick read-through of the Venezuelan constitution I couldn’t find the section where it specified that Venezuela’s president would be chosen by Canada.

I’m sure the section must be in there, however, because Canada exercised that power last week in recognizing Juan Guaido as Venezuela’s interim president — even though the Venezuelan people had chosen Nicolas Maduro in national elections last year.

The Trudeau government, assuming a leadership role as host of the “Lima Group,” explained that Maduro is not legitimate because the national elections he won were flawed, allowing the presidency to fall to Guaido, the head of the national assembly.

(Similarly, once it has been established that the 2016 U.S. elections were flawed by Russian meddling, we can expect the Trudeau government to recognize Nancy Pelosi as the legitimate president of the United States.)

The turmoil in Venezuela has faded from the news somewhat this week, but the real action is just beginning. U.S. President Donald Trump has assembled a team of hatchetmen, including war-hawks John Bolton and Elliott Abrams, to work on regime change in Venezuela.

It was this team that set things in motion late last month with a phone call from Vice President Mike Pence to Guaido, pledging U.S. support “if he seized the reins of government,” according to the Wall Street Journal.

Canada has called for a peaceful transition. But if the U.S. invades Venezuela to formally install Guaido, Canada will have played its part in teeing things up.

Washington has been focused on regime change in Venezuela since the charismatic Hugo Chavez won the 1998 election with massive support from the nation’s poor, and began redirecting the country’s oil wealth to health care, education and poverty alleviation. The privileged classes, who had managed the oil industry and siphoned billions out of the country, strongly resisted Chavez and later his successor Maduro.

As tensions escalated in the deeply polarized nation, the Trump administration imposed brutal sanctions that, along with falling world oil prices and economic mismanagement, have devastated the Venezuelan economy. Canada piled on its own sanctions which, while not as broad, lent credence to the idea that Venezuela deserved punishment.

The Trudeau government talks about restoring democracy to Venezuela, hoping to keep the focus off any suspicions that our involvement is helping Washington get control of Venezuela’s oil reserves, which happen to be the world’s largest.

One problem for Canada in confining the story to this “restoring democracy” narrative is that the Trump administration talks unabashedly about its keenness to open up Venezuela’s oil to development by U.S. oil companies, after years of it being under the control of Venezuela’s state-owned oil company.

Bolton, Trump’s national security adviser, showed this keenness in an interview last week on Fox Business when he said: “It will make a big difference to the United States economically if we could have American oil companies really invest in and produce the oil capabilities in Venezuela.”

This could amount to “massive opportunities” for U.S. oil companies, said Scott Modell, a CIA agent turned energy analyst, in an interview last week on CBC Radio’s As It Happens.

Modell added that Trump is relying on the support of ultra-conservative governments in Argentina and Brazil (both members of the Lima Group) to bring about regime change in Venezuela.

But Canada is useful in a different way. Unlike those notorious right-wing Latin governments, Canada under Justin Trudeau has cultivated an image in the world as a “rule of law” country, with Foreign Affairs Minister Chrystia Freeland rhapsodizing about a rules-based international order in defiance of Trump’s unilateralism.

Her apparent willingness to “defy” Trump only adds to Canada’s credibility with many Western nations. No doubt this helped when Trudeau phoned a number of foreign leaders, including those of Ireland and Italy, to line up international support for Guaido.

This Canadian credibility could also provide some cover for Washington if it uses force to install Guaido. After all, it will be installing a regime that has been endorsed by law-abiding Canada.

And so the Trudeau government presents itself as championing international law, in defiance of Trump, even when it’s acting as Trump’s wingman.

Linda McQuaig is a journalist and author. Her book Shooting the Hippo: Death by Deficit and Other Canadian Myths was among the books selected by the Literary Review of Canada as the “25 most influential Canadian books of the past 25 years.” This column originally appeared in the Toronto Star.