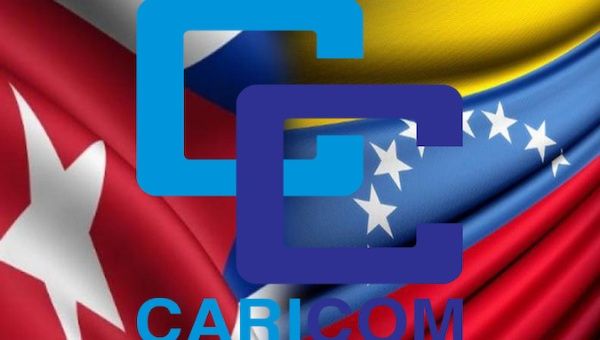 At an emergency Summit, CARICOM also condemned the U.S. decision to suspend funding to the WHO.

The members of the Caribbean Community -CARICOM-, called this Wednesday for the lifting of the U.S. sanctions against Cuba and Venezuela.

“All countries must be part of the global effort to combat Covid-19,” the region’s heads of government agreed during the emergency Summit convened by Caricom.

The meeting, which took place via videoconference, also condemned the U.S. decision to suspend funding to the World Health Organization.

“It is unfortunate that the resources of the WHO are under threat, in days that demand unity in leading the fight against the pandemic.” Caricom said in a statement.

Press Release re: Ninth Special Emergency Meeting of the Conference of Heads of Government of the Caribbean Community, via Videoconference, 15 April 2020 @caricomorg https://t.co/MN1FQlZK7x#COVID19 #CARICOM

During the Summit, convened by Barbados, the health situation, food security and protection of the elderly from disease were also addressed.

In general, “the region has responded quite well to the pandemic,” the Caribbean Public Health Agency (CPHA) Executive Director, Dr Joy St John, said at the meeting.

According to the CPHA Executive Director, the early implementation of measures in the region helped to contain the virus. But a more coordinated approach is needed to address the next phase of the virus.

CARICOM will consider a proposed protocol on the reopening of borders. Once the decision is taken, all Member States will at the same time adhere to this proposal.

They also agreed that the inter-regional transport of people and goods by air and sea will also be scrutinized.

They made particular reference to the operations of regional air carriers, which have been adversely affected by the measures taken to contain the virus.

Featured image: Flags of Cuba and Venezuela together with the logo of Caricom. | Photo: Twitter/@radio_cubana