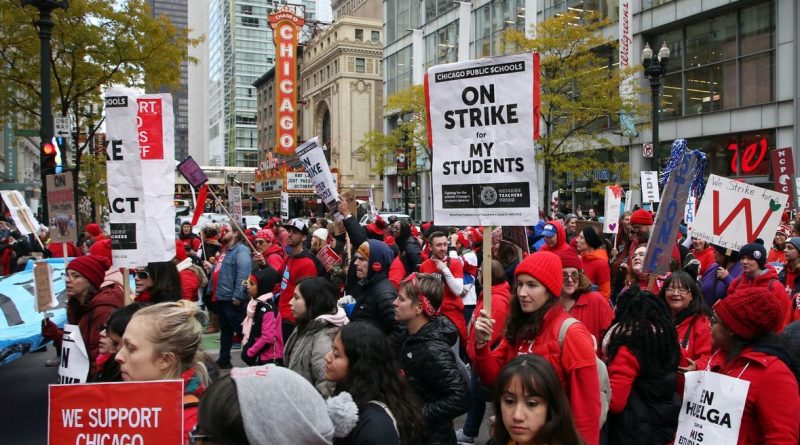 Chicago, IL – Members of the Chicago Teachers Union members and SEIU Local 73 are in the seventh day of their joint striking. As of Friday, October 25, this strike under Mayor Lori Lightfoot is now equal in length to the strike under Mayor Rahm Emanuel in 2012.

On Wednesday, October 23, over 30,000 teachers and staff members flooded downtown Chicago, shutting down large sections of the business district while Lightfoot made her budget address at City Hall. This movement in the street has forced progress at the table, after 10 months of slow bargaining. There has been progress in negotiations and the union hopes to have some concrete proposals to look over by Friday evening. The progress, however, is not enough.

On Thursday, October 24, 500 teachers attended a civil disobedience training in preparation for continued actions. This escalation of tactics will send a message to the ruling class: We mean business and aren’t compromising when it comes to getting students and their families what they need and deserve – smaller classes, a nurse every day, appropriate social worker ratios, protection for special education students, librarians, better wages for SEIU members and fully-funded schools.

When asked, a special education teacher said, “This strike is historical. We are in a position to bring about real change for our students, their schools and a large section of the working class. We will not stop until our demands are met and this city fully funds all its schools.”