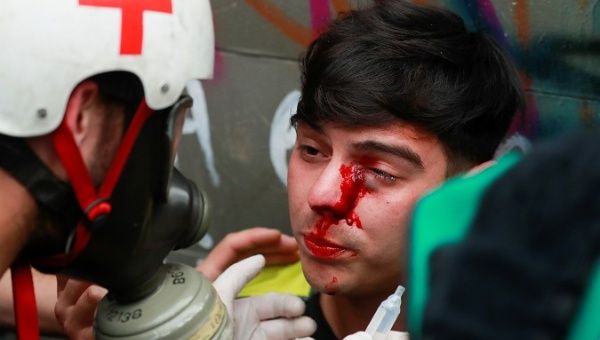 He acknowledged that the Army and the Police had committed abuses against civilians.

Through an interview published by El Mercurio on Saturday, Chile’s President Sebastian Piñera announced that his government is preparing a constitutional reform bill and admitted that abuses have been committed during the control of social protests.

“I believe in constitutional changes, which are legitimate,” Piñera said, although previously he specified that changes “must be done within the framework of the constitution, democracy and the rule of law.”

According to the Chilean president, who admitted that legal changes should be deeper than those imagined years ago, an amended constitution should define people’s rights better, establish state obligations and create improved participation tools so that “the people can make their voice heard.”

RELATED CONTENT: Maduro: If Chile Wakes up, all of Latin America will Awaken

Through these proposals, however, Piñera would seem to recognize that the citizens’ demand for a constituent assembly is not viable because the current constitution, which was written under the surveillance of the Augusto Pinochet’s military dictatorship (1973-1990), does not allow it.

“Who said demonstrations are appeasing? Piñera seeks to shield the institutional and economic neoliberal model. He cracks down on [citizens] and keeps on legislating ​​​​​​​indoors accompanied by an ‘opposition’ which does not represent the ​​​​​​​protesting people. The request is clear: he must either call a constituent assembly or resign.”

At the El Mercurio interview, the right-wing president very cautiously acknowledged that the Army and the Police had committed abuses against civilians.

When he was asked if he was referring to the military police (Carabineros), Piñera replied that “I am not a judge but I watch, too.”​​​​​​​

Earlier this week the public ministry announced that it will open an investigation for torture against 14 police officers. Health Minister Jaime Mañalich also acknowledged that “there have been human rights violations in several disproportionate injuries.”

In mid-October, Piñera decreed an “emergency state” in an attempt to control the social outbreak. Since then, however, massive protests have increased in size, frequency and strength.​​​​​​​

Featured image: An injured demonstrator is helped by medical staff during a protest against Chile’s government in Santiago, Chile November 8, 2019. | Photo: Reuters