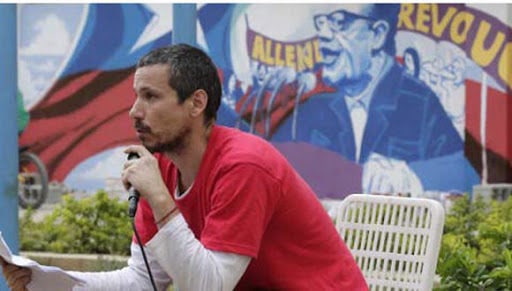 Pablo Sepúlveda Allende, grandson of former Chilean President Salvador Allende and a doctor by profession, was detained for 5 hours along with four other members of the Cruz Bellavista brigade of the “Salud en Resistencia” movement, when they were traveling through Santiago to help the wounded during a demonstration called by social organizations in Plaza Italia or Plaza de la Dignidad.

The demonstration had been called to express rejection of the Carabineros, accused of violating the human rights of those who have participated in the days of protests against the government of Sebastián Piñera, which have been held since October of last year. Local media have reported that officials from the Carabineros Special Forces came to the scene to repress the protesters with tear gas and water cannons.

RELATED CONTENT: What Do We Mean When We Talk About the “New Order”?

Through social networks, users have reported random arrests of several protesters, who reiterated that the activity was peaceful and respecting security measures for the coronavirus pandemic.

Sepúlveda, who is also a member of the Network of Intellectuals in Defense of Humanity and was its coordinator, told correspondent Paola Dragnic, from Telesur, that they came to the call of an injured protester, who was in La Alameda. They were not able to drive through several places even though they were not restricted, so they had to walk until they reached half a block from the Plaza de la Dignidad, which had no restrictions.

“They detained us there, even though we were fully identified as health personnel; I identified myself as a doctor, but we are detained. Health personnel have no restrictions to exercise their functions. They put us in a fairly small carabineros detention car.” He reported that they took off their safety equipment, including masks and other protections, and confined them “in a rather small place, with considerably more people, with all the people locked up in very little space.”

In recent weeks several US backed “democracies” have began to exercise repressive measures disguised as coronavirus prevention. Patricia Arce in Bolivia, the mayor who was kidnapped, sodomized and assaulted by anti- Evo Morales mobs, was recently jailed under similar allegations.