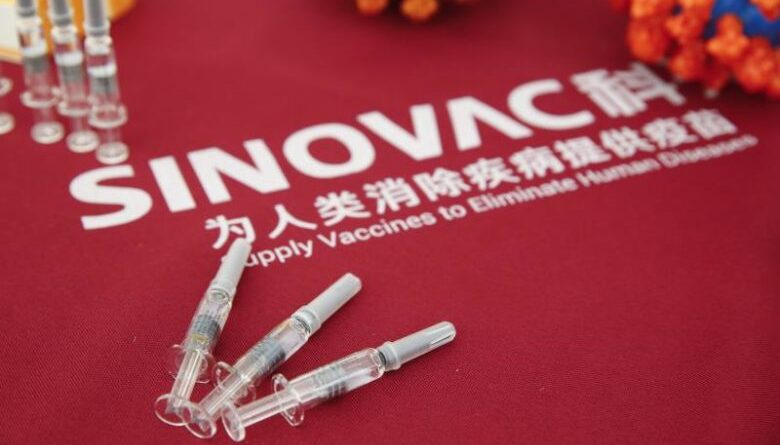 The pharmaceutical company denied that what happened to a volunteer in Brazil was related to its vaccine.

The Chinese pharmaceutical company Sinovac expressed its confidence in the experimental vaccine it’s developing against COVID-19, after the National Health Surveillance Agency of Brazil (ANVISA) temporarily suspended the trials being carried out in the South American country.

The suspension of the trial in more than 9,000 volunteers in Brazil was announced this Monday by ANVISA. According to the Brazilian Agency, it “decided to interrupt the clinical trial of the CoronaVac vaccine after a serious incident” on October 29.

In response, Sinovac stated: “We are confident in the safety of the vaccine” and stated that the incident in question was not related to the vaccine.

Bolsonaro celebrated the haltering of the clinical trial of the Chinese vaccine Sinovac in the middle of a pandemic, which has already killed more than 160 thousand Brazilians, due to the death of one of the volunteers.

For his part, this Tuesday the director of the Butantan Institute, a public laboratory in the state of São Paulo, Dimas Tadeu Covas, told the press that the suspension was due to “a death unrelated to the trial, it’s as if the patient died in a car accident,” and they want to stop the trials because of that.

At the time that news of the suspension was communication, ANVISA did not provide other details. It also didn’t specify why the news of the incident was communicated eleven days after the event. The Brazilian influencer Nathalia Urban posted on her Twitter account a thread about how happy Jair Bolsonaro was when the news was announced. and also claiming that the patient’s cause of death was suicide, and not related to the clinical trials.

According to medical authorities, the volunteer’s death was unrelated to the clinical trials. The death of the volunteer was caused by suicide.

The decision made by the Brazilian regulator for health surveillance “coincidentally” came on the same day that US pharmaceutical company Pfizer, which is also testing its candidate in Brazil, announced that its coronavirus vaccine is 90% effective. celebrated by international mainstream media as a big success. Meanwhile the Chinese and Russian vaccine candidates have proven more effective, and haven’t the technical difficulties of the announced Pfizer vaccine that, according to Reuters, needs to be maintained in a temperature of minus 80 degrees ºC to be effective, a requirement that not even developed countries have in abundance.

In a televised address Venezuelan president Nicolás Maduro also raised concerns about the timing of both events, and the international media campaign with logos of Pfizer in all news coverage, while announcing that Venezuela is planning a massive vaccination campaign for April 2021.

Four vaccines are being tested in Brazil, those developed by Sinovac, Pfizer, the University of Oxford in collaboraton with AstraZeneca, and that of Janssen, a pharmaceutical subsidiary of Johnson & Johnson.

According to the data offered by the National Council of Health Secretaries (CONASS), the number of people infected with COVID-19 in Brazil amounts to 5,675,032. Likewise, the total accumulated deaths from the pandemic stands at 162,628.