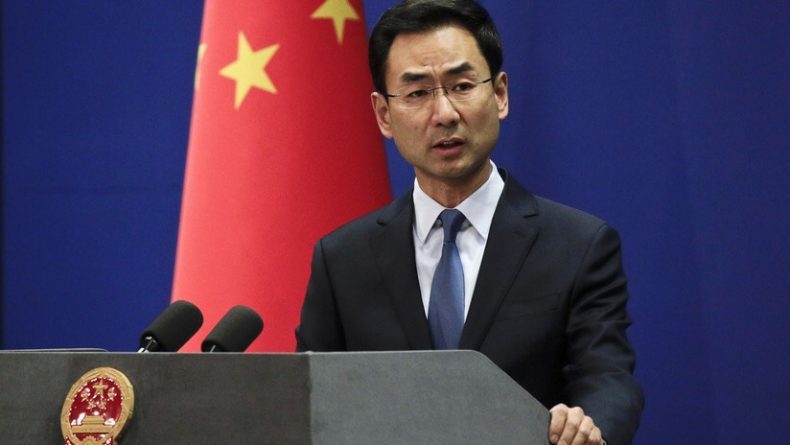 Foreign Ministry spokesman, Geng Shuang, has commented on the statements of National Security Advisor to US President John Bolton. on the inadmissibility of the interference of the “hostile” countries in the situation in Venezuela.

The spokesman of the Ministry of Foreign Affairs, Geng Shuang, said Tuesday that the Latin American nations are sovereign countries, capable of deciding on their own with what States they collaborate.

“Latin America does not belong to any country and it is not anyone’s backyard,” Geng stressed.

Then the spokesman of the Chinese Foreign Ministry stressed that his nation “always supports the development of friendly relations with the countries” of the region, including Venezuela.

Previously, the President’s National Security Adviser The United States, John Bolton, affirmed through his personal Twitter account that Washington will not tolerate “hostile foreign military powers” that prevent achieving “objectives of democracy, security and the rule of law, shared in the Western Hemisphere.”

“The Venezuelan Army must be with the people of Venezuela,” he said.

The United States will not tolerate hostile foreign military powers meddling with the Western Hemisphere’s shared goals of democracy, security, and the rule of law. The Venezuelan military must stand with the people of Venezuela.

In turn, Venezuela’s foreign minister, Jorge Arreaza, affirmed on Monday on Twitter that Washington is trying to “interfere in the technical-military cooperation programs between Russia and Venezuela,” at the same time that the United States has a large number of bases. military around the world – “a good part” of which is located in Latin America – and “a growing military budget of more than $ 700 billion.” Arreaza described this behavior of the US authorities as “cynicism” .

Moreover, this March 25, the Russian Foreign Minister, Sergey Lavrov, and the US Secretary of State, Mike Pompeo, had a telephone conversation where issues related to the situation in Venezuela were discussed.

In this dialogue, Lavrov stressed that Washington’s attempts to organize a “coup d’état” in Venezuela and the threats against its legitimate Government “are violating the UN Charter,” adding that this constitutes an “undisguised interference” in the internal affairs of a sovereign State.

For his part, according to the US State Department, Pompeo told his Russian counterpart that the US and its regional allies “will not sit idly by while Russia” “exacerbates the tensions in Venezuela” with its cooperation activities with that South American country. The diplomat described these actions as “unconstructive behavior” despite the fact that they are carried out according to bilateral contracts protected by international law.